LINCOLN, Neb., April 28, 2020 (SEND2PRESS NEWSWIRE) — New York Times bestselling author Tosca Lee has spent the last five weeks reading to her fans live on Facebook during “Story Time with Tosca.” The nightly event started March 20 with a promise to read until quarantine is no longer necessary – which means she has no idea when she’ll stop. 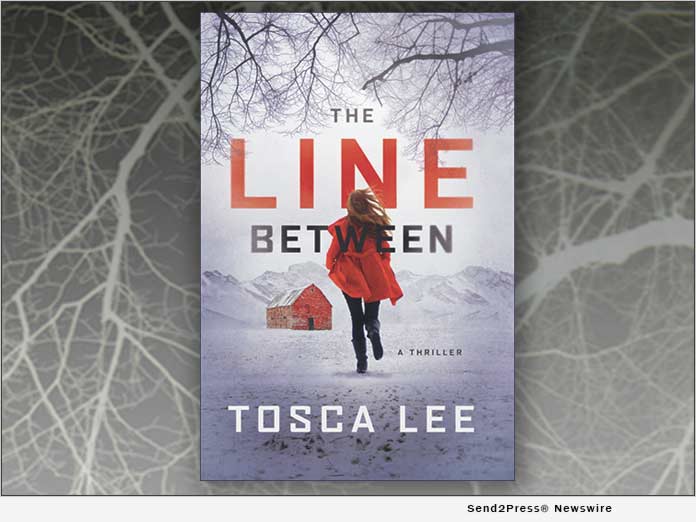 Lee is currently reading from “The Progeny,” her bestselling thriller in development for TV. She read previously from her award-winning novel, Iscariot, chosen by her readers. (Poll results were close—Lee’s 2019 pandemic thriller, “The Line Between,” came in second to perennial Easter season favorite, “Iscariot,” which won out over a novel eerily close to current reality.)

Tonight marks her 40th consecutive Story Time in what has become, for many, a daily highlight—featuring laughter, giveaways, and appearances by Lee’s 150-pound giant German Shepherd, Timber, the breakout star of the nightly broadcast who has become so popular fans have begun requesting the dog’s paw print “signature” in addition to Lee’s on signed book orders.

For Story Time regulars, the 40-minute evening event provides a much-needed escape from pandemic news and the rigors of quarantine. Josie Siler, a Wisconsin resident and chronic illness warrior, says, “It’s an incredible gift that Tosca is giving her readers each night.” Michigan resident Les Braddock says Lee’s nightly Story Time “has done wonders in helping to maintain a level of normalcy.”

“It’s been a blessing for my family in return,” Lee says. “A much-needed bit of routine in days that feel like they’re running together.” From days that are a little extra surreal given how closely the news has mirrored her 2019 bestselling thriller, “The Line Between.”

Watching the news over a year after the release of “The Line Between” — a Goodreads Choice Awards semifinalist for best mystery/thriller of 2019 — Lee calls life “eerie and surreal.” Another one of the reasons Lee, herself, finds solace in Story Time with her readers.

“The Line Between” has been optioned by Radar Pictures (“Jumanji”) and Ed Burns’ Marlboro Road Gang Productions (“Public Morals”) and is in development for television as first reported by Deadline Hollywood: https://deadline.com/2019/01/edward-burns-radar-developing-the-line-between-thriller-novel-for-television-1202538907/ 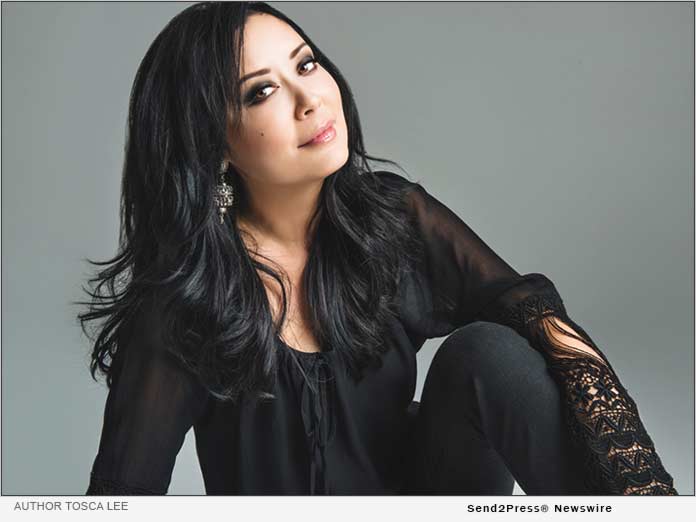 Tosca received her B.A. in English from Smith College. A lifelong world adventure traveler, she lives in Nebraska with her husband and three of four children still at home. To learn more about Tosca, please visit https://toscalee.com/.

Tosca is available for interviews, media appearances, speaking engagements, and/or book review requests – please contact mickey.creativeedge@gmail.com by email or by phone at 403.464.6925.

View More Books and Publishing News
"It's been a blessing for my family in return," Lee says. "A much-needed bit of routine in days that feel like they're running together."

ABOUT THE NEWS SOURCE:
Tosca Lee

Author Tosca Lee is the award-winning, New York Times, and CBA bestselling author of 11 novels including "The Progeny," "Firstborn," "Iscariot," "The Legend of Sheba," and The Books of Mortals series with New York Times bestselling author Ted Dekker. Her books have been translated into 17 languages and been optioned for TV and film. Tosca received her B.A. in English from Smith College. A lifelong world adventure traveler, she lives in Nebraska with her husband and three of four children still at home.

LEGAL NOTICE AND TERMS OF USE: The content of the above press release was provided by the “news source” Tosca Lee or authorized agency, who is solely responsible for its accuracy. Send2Press® is the originating wire service for this story and content is Copr. © Tosca Lee with newswire version Copr. © 2020 Send2Press (a service of Neotrope). All trademarks acknowledged. Information is believed accurate, as provided by news source or authorized agency, however is not guaranteed, and you assume all risk for use of any information found herein/hereupon.