NORTH LITTLE ROCK, Ark., Feb. 10, 2016 (SEND2PRESS NEWSWIRE) — Powers of Arkansas, the state’s largest commercial HVAC company, announces the promotion of three key leaders at Powers who have contributed leadership and vision to the growth of Powers as the industry leader in commercial HVAC equipment, air distribution, and controls in Arkansas.

Steve Keen, formerly President of HVAC and Controls, has been promoted to President of Powers of Arkansas. Steve will use his unique experience to propel Powers forward in the HVAC equipment, air distribution, and controls markets.

Keen has been with Powers of Arkansas for 10 years and will continue to contribute his expertise in this new leadership position.

Ron McCarty has been a key member of the Powers team as a customer account manager for the last six years. He has been very successful in helping us build the controls division into the largest in Arkansas and also has a key role in customer relations.

McCarty is being promoted to Vice President of Controls where he will continue to grow our controls division.

Thomas Luyet, formerly Director of Technology, has been with Powers for 24 years and is known as the best technical engineer for controls in Arkansas. In his new role as Director of Controls, he will insure that the controls team uses the industry’s best practices.

Luyet will also provide training to both employees and customers on new controls technology.

Visit the company online at: http://powersar.com/. 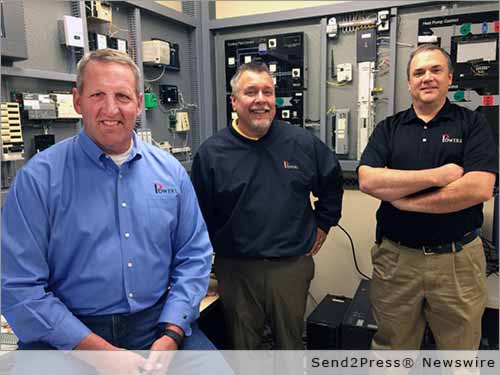 NEWS ARCHIVE NOTE: this archival news content, issued by the news source via Send2Press Newswire, was originally located in the Send2Press® 2004-2015 2.0 news platform and has been permanently converted/moved (and redirected) into our 3.0 platform. Also note the story “reads” counter (bottom of page) does not include any data prior to Oct. 30, 2016. This press release was originally published/issued: Wed, 10 Feb 2016 15:57:06 +0000

LEGAL NOTICE AND TERMS OF USE: The content of the above press release was provided by the “news source” Powers of Arkansas or authorized agency, who is solely responsible for its accuracy. Send2Press® is the originating wire service for this story and content is Copr. © Powers of Arkansas with newswire version Copr. © 2016 Send2Press (a service of Neotrope). All trademarks acknowledged. Information is believed accurate, as provided by news source or authorized agency, however is not guaranteed, and you assume all risk for use of any information found herein/hereupon.