"I am deeply touched by this proclamation. The actions of the State of Louisiana and Governor Jindal call attention to the often unheard of and unspoken tragedy of Sudden Unexplained Death in Childhood," says Laura Crandall, Co-founder of the SUDC Foundation.

Laura Crandall, Co-founder of the SUDC Foundation and mother who lost her 15 month old daughter to a sudden unexplained death says, “I am deeply touched by this proclamation. The actions of the State of Louisiana and Governor Jindal call attention to the often unheard of and unspoken tragedy of Sudden Unexplained Death in Childhood. The SUDC Foundation is grateful for this recognition of all our children gone to soon.”

This proclamation is the first of its kind in the southern United States recognizing SUDC. SUDC is defined as the sudden death of a child greater than 1 year of age that remains unexplained after a thorough case investigation, including performance of a complete autopsy, examination of the death scene, and review of the child’s medical history (Krous 2005).

Devron and Georgia Boswell’s son Drew passed away on March 12, 2014, at the age of 15 months. They created the Drew’s Tunes Foundation in his memory to celebrate his life. Drew’s Tunes (drewstunes.org) supports the mission of the SUDC Foundation, including the SUDC Registry and Research Collaborative. It also supports children by providing them with musical instruments and exposing them to local musicians.

Devron and Georgia shared, “As we are approaching one year without our son on March 12, we are filled with hope that this proclamation will have a positive impact on SUDC awareness for years to come.”

“Through the actions of the Boswell family and the Drew’s Tunes Foundation, more people are learning about the tragedy of SUDC,” explains Lorri Caffrey, Co-founder of the SUDC Foundation, whose daughter Jenna passed away at the age of 16 months. “Awareness is vital to our cause and I am grateful for the support of Georgia and Devron Boswell, Drew’s Tunes and Governor Jindal. Their efforts are making a difference for the future of all children.” 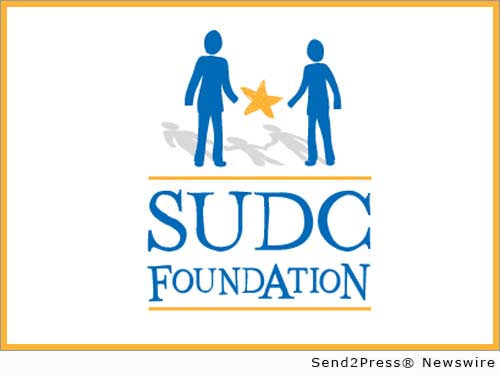 NEWS ARCHIVE NOTE: this archival news content, issued by the news source via Send2Press Newswire, was originally located in the Send2Press® 2004-2015 2.0 news platform and has been permanently converted/moved (and redirected) into our 3.0 platform. Also note the story “reads” counter (bottom of page) does not include any data prior to Oct. 30, 2016. This press release was originally published/issued: Mon, 02 Mar 2015 16:33:14 +0000

View More Family and Parenting News
"I am deeply touched by this proclamation. The actions of the State of Louisiana and Governor Jindal call attention to the often unheard of and unspoken tragedy of Sudden Unexplained Death in Childhood," says Laura Crandall, Co-founder of the SUDC Foundation.

LEGAL NOTICE AND TERMS OF USE: The content of the above press release was provided by the “news source” SUDC Foundation or authorized agency, who is solely responsible for its accuracy. Send2Press® is the originating wire service for this story and content is Copr. © SUDC Foundation with newswire version Copr. © 2015 Send2Press (a service of Neotrope). All trademarks acknowledged. Information is believed accurate, as provided by news source or authorized agency, however is not guaranteed, and you assume all risk for use of any information found herein/hereupon.