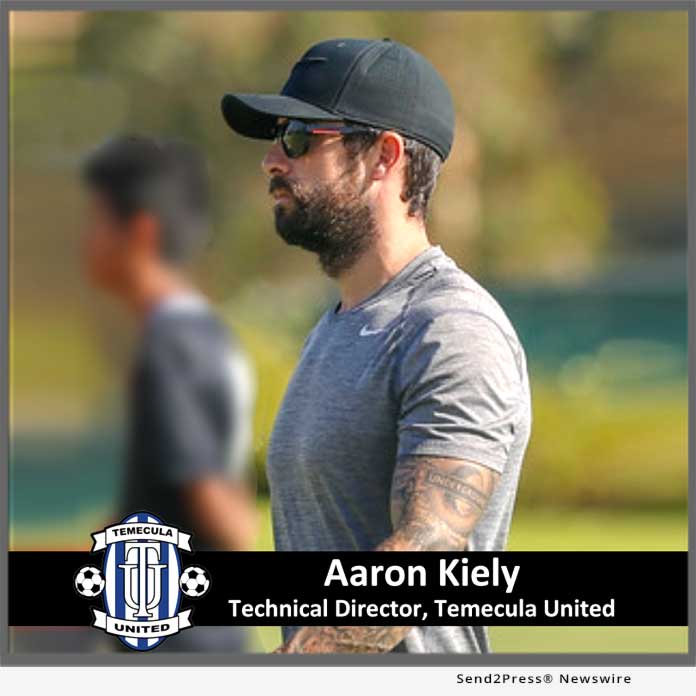 Coach Aaron Kiely has been a fixture in the Temecula Valley soccer community for five years and has amassed a great following among players and parents. The charismatic Englishman is licensed by USSF, UEFA and the English FA and has 12 years of coaching experience at an elite level. Coach Aaron played and coached at Fulham Football Club’s Academy in England before moving to the U.S.

“I am delighted to be part of Temecula United Soccer Club,” said Coach Aaron.

“I’ve been watching the club’s growth over the past few years and wanted to join the club as a coach. The more we spoke and the more I learned about the club and the club learned about me, it became clear that we shared the same vision for the future. The opportunity to become the club’s Technical Director was presented and I accepted,” explained Coach Aaron.

“I always knew Aaron was an excellent coach, but I rate his vision for and understanding of player development equally highly. He fits the long-term strategy that we have developed at the club,” said Temecula United Club President Mike Richards. “We are proud to have him join our club.”