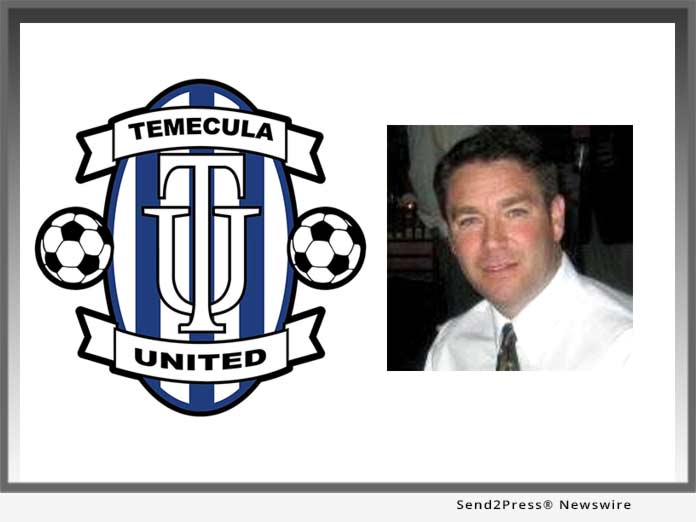 Coach Greg Ion brings an impressive soccer resume to the Temecula valley. He was picked in the first round of the 1981 North American Soccer League (NASL) draft by the Portland Timbers and made his debut for the Canadian National Team at the age of 20. He represented Canada in the 1986 FIFA World Cup in Mexico and went on to play professionally for 11 years before retiring in 1992. Coach Greg holds a USSF National B license, has coached collegiately in Washington state, and has coached three US Youth National Championship teams in his career.

“Temecula United is growing at an impressive rate both in numbers and – more importantly – in reputation, and I am excited to help the club reach the next level,” said Ion.

With the introduction of the new and unique Temecula United Collegiate Pathway Program, Greg Ion will play an important role in developing real college soccer opportunities for the club’s players moving forward.

“We are thrilled to add someone with the professional expertise of Greg Ion to the Club,” said Temecula United Club President Mike Richards. “His soccer resume speaks for itself, but what impresses me the most is his passion for the game and his vision for the Club. Greg’s connections to the U.S. professional and college soccer communities have already opened doors for players throughout the Temecula valley,” said Richards.

To learn more about Temecula United, please go to: https://www.temeculaunitedsoccerclub.org/

View More Soccer News
"Temecula United is growing at an impressive rate both in numbers and - more importantly - in reputation, and I am excited to help the club reach the next level," said Ion.