Chase Brock said, "I'm thrilled for the opportunity to perform seven of our instrumental and orchestral dances with live music by the stellar Pit Stop Players, including the two pieces of music we commissioned from Josh Rosenblum."

The dancers will be performing to live renditions of music by Beethoven, Bolling, Diamond, Shostakovich, Sousa, and Zellnik, as well as two scores commissioned specifically by The Chase Brock Experience from Pit Stop music director Joshua Rosenblum. Tickets are $35, $15 for students, available at Symphony Space.

Artistic director Chase Brock said, “I’m thrilled for the opportunity to perform seven of our instrumental and orchestral dances with live music by the stellar Pit Stop Players, including the two pieces of music we commissioned from Josh Rosenblum in 2008 and 2009 – and to debut our 28th and 29th dances, ‘Another Curious Episode’ and ‘The Shostakovich 5!'”

Composer/conductor Rosenblum added, “Chase is one of the most exciting and creative choreographers of his generation, and his work has been an ongoing inspiration to me. Performing live with his dancers is going to be a thrill for all of us, and, I hope, for our audiences as well.” 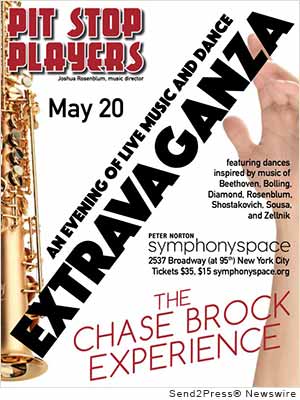 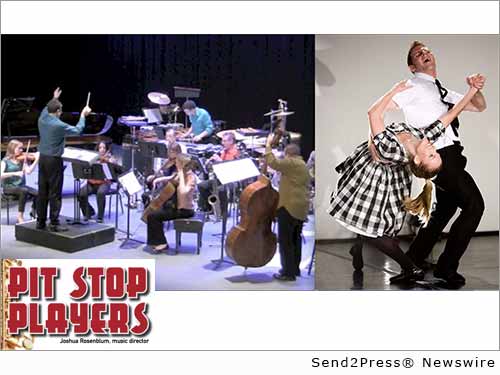 Alternate Headline: The Pit Stop Players and The Chase Brock Experience Team Up for ‘Extravaganza’ in NYC

NEWS ARCHIVE NOTE: this archival news content, issued by the news source via Send2Press Newswire, was originally located in the Send2Press® 2004-2015 2.0 news platform and has been permanently converted/moved (and redirected) into our 3.0 platform. Also note the story “reads” counter (bottom of page) does not include any data prior to Oct. 30, 2016. This press release was originally published/issued: Mon, 25 Apr 2016 11:22:13 +0000

View More Brooklyn Business News
Chase Brock said, "I'm thrilled for the opportunity to perform seven of our instrumental and orchestral dances with live music by the stellar Pit Stop Players, including the two pieces of music we commissioned from Josh Rosenblum."

LEGAL NOTICE AND TERMS OF USE: The content of the above press release was provided by the “news source” Pit Stop Players or authorized agency, who is solely responsible for its accuracy. Send2Press® is the originating wire service for this story and content is Copr. © Pit Stop Players with newswire version Copr. © 2016 Send2Press (a service of Neotrope). All trademarks acknowledged. Information is believed accurate, as provided by news source or authorized agency, however is not guaranteed, and you assume all risk for use of any information found herein/hereupon.