Send2Press › Wire › Entertainment › Music and Recording › The Pit Stop Players Present: ‘Nothing To Be Afraid Of’

The Pit Stop Players Present: ‘Nothing To Be Afraid Of’

The program will include music from film, including selections from Bernard Hermann’s scores to “Psycho” and “Vertigo,” as well as Bartok’s “Music for Strings, Percussion, and Celesta,” which was put to famously creepy use by Stanley Kubrick in “The Shining” (remember Room 237?). In addition, violinist Victor Costanzi will be guest soloist for Camille Saint-Saens’ well-loved “Danse Macabre.” The concert also includes William Bolcom’s colorful “Poltergeist Rag,” as well as three world premieres: new pieces by Alan Taylor, Thomas Sleeper, and Pit Stop music director Joshua Rosenblum.

Rosenblum explains the genesis of his piece, which is titled “Tuition, Room and Board.” “I wanted to write about something frightening, and as the parent of a college sophomore, that was just about the most terrifying thing I could think of.”

The Pit Stop Players, founded in 2009 by conductor/composer Joshua Rosenblum, is an instrumental ensemble comprised of some of New York’s top freelance musicians, commonly regarded as the best instrumentalists in the world. Repertoire includes arrangements and transcriptions of great pieces from the recent past (encompassing numerous genres), as well as undeservedly neglected classical gems, but the primary emphasis is on new compositions that are both challenging and immediately engaging, written and orchestrated specifically for the group by today’s most exciting creative talents.

Since their first concert in February 2010, the Players have performed works by Bernstein, Ginastera, Shostakovich, John Psathas, William Bolcom, Danny Elfman, Paul McCartney, and Freddie Mercury, among others, as well as world premiere compositions by David Chesky, Gary William Friedman, Jamie Lawrence, Fay Wang, Steve Kenyon, Josh Schmidt, Joshua Green, and Michael Starobin. Other highlights have included the group’s performance of “The Rite of Spring” in a specially-commissioned new chamber arrangement, as well as Rosenblum’s own “Young Person’s Guide to the Pit Stop Players,” with special guest narrator Cynthia Nixon.

Cited by “The New York Times” for their “flair,” “spirited readings,” and “playfully cohesive programs,” “making an hour-long serving of modern works not just palatable but enticing,” the Pit Stop Players have take their place at the cutting edge of New York’s cultural landscape, bringing exciting contemporary music to new audiences, and upending conventional assumptions about concert programming. 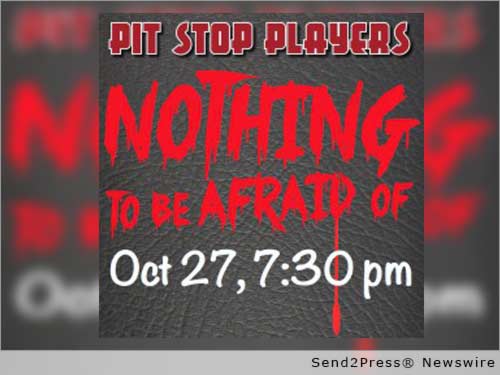 Alternate Headline: The Pit Stop Players Present Halloween Event in NY: ‘Nothing To Be Afraid Of’

NEWS ARCHIVE NOTE: this archival news content, issued by the news source via Send2Press Newswire, was originally located in the Send2Press® 2004-2015 2.0 news platform and has been permanently converted/moved (and redirected) into our 3.0 platform. Also note the story “reads” counter (bottom of page) does not include any data prior to Oct. 30, 2016. This press release was originally published/issued: Tue, 29 Sep 2015 15:12:44 +0000

LEGAL NOTICE AND TERMS OF USE: The content of the above press release was provided by the “news source” Pit Stop Players or authorized agency, who is solely responsible for its accuracy. Send2Press® is the originating wire service for this story and content is Copr. © Pit Stop Players with newswire version Copr. © 2015 Send2Press (a service of Neotrope). All trademarks acknowledged. Information is believed accurate, as provided by news source or authorized agency, however is not guaranteed, and you assume all risk for use of any information found herein/hereupon.