LOS ANGELES, Calif., Jan. 27, 2022 (SEND2PRESS NEWSWIRE) — GI-Films announces: What is really going on in Eastern Europe between Russia and Ukraine is the subject of a new movie “The Narrow Bridge” just released on Amazon Prime. Written and produced by Mirza Davitaia, and produced by GI-Films, “The Narrow Bridge” is about a young artist who must take up arms to defend Ukraine. 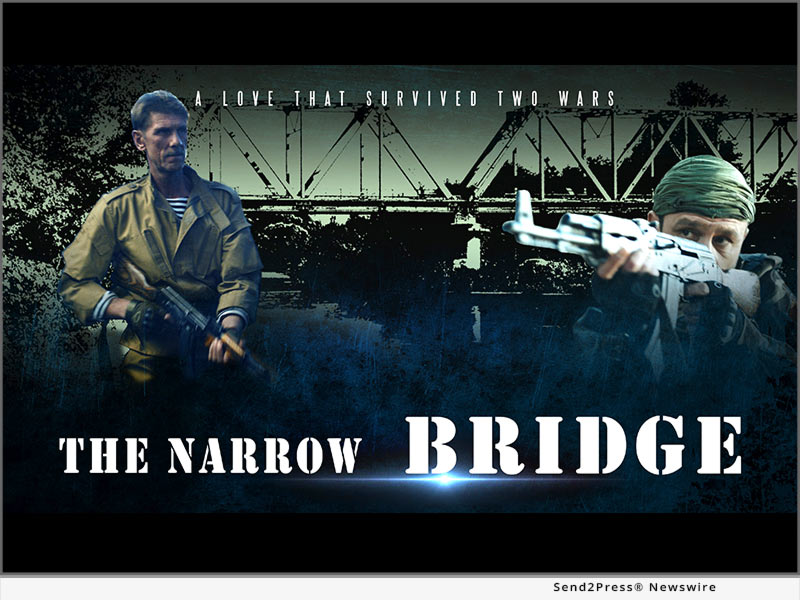 Tensions between the West and Russia are at their highest since the peak of the Cold War and the Cuban Missile Crisis of 1962. The Russian troop build-up near the Ukrainian border as part of Vladimir Putin’s desire to regain control of Ukraine are spurring fears that Moscow could launch an invasion.

“This is the story of a young talented artist named Kiril, who’s destiny persistently puts a weapon in his hand instead of a brush, demanding that he abandon his art and take up arms,” explains Davitaia. “There is a war in his homeland, invaders are brutally interfering in the peaceful life of his country.”

View More Movies and Filmmaking News
"This is the story of a young talented artist named Kiril, who's destiny persistently puts a weapon in his hand instead of a brush, demanding that he abandon his art and take up arms," says writer producer Mirza Davitaia.

ABOUT THE NEWS SOURCE:
GI-Films

The main objective of GI-FILMS (Georgian International Films) is for the company to produce audio-visual content like feature movies, TV-shows, commercials and music videos. GI-FILMS was originally founded in 2008, in Los Angeles, California, USA. Later it was established in Georgia in 2012.

LEGAL NOTICE AND TERMS OF USE: The content of the above press release was provided by the “news source” GI-Films or authorized agency, who is solely responsible for its accuracy. Send2Press® is the originating wire service for this story and content is Copr. © GI-Films with newswire version Copr. © 2022 Send2Press (a service of Neotrope). All trademarks acknowledged. Information is believed accurate, as provided by news source or authorized agency, however is not guaranteed, and you assume all risk for use of any information found herein/hereupon.