LOS ANGELES, Calif., March 8, 2019 (SEND2PRESS NEWSWIRE) — “Breaking News! War vet shoots in the crowd with no apparent reason, while a mysterious epidemic is raging across the country!” It may sound like another news headline, but it’s awarded psychological thriller/horror feature film “FACE OF EVIL,” from V-Movie Productions, now distributed by Gravitas on HULU. 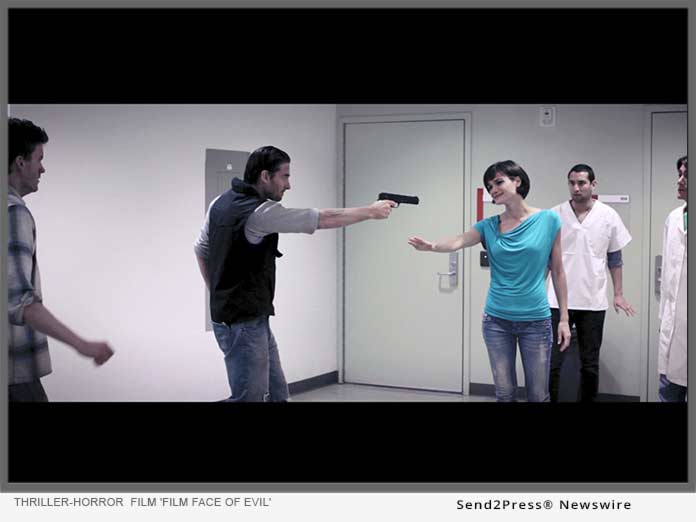 Also, the “killer” soundtrack – a hybrid of electronica ambient/industrial, rock, pop, hip-hop and whatnot – is distributed by Awal on iTunes, Spotify, Pandora and Soundcloud.

“The film is about a war vet with PTSD who returns home and sees demons – real or not. It’s about our fears, of epidemics, terrorism, big brother, of each other. It’s about a scapegoat in a devious system. What happens in the mind of a shooter? Maybe he sees enemies, zombies,” explains Vito Dinatolo, the film writer/director/producer and soundtrack composer. 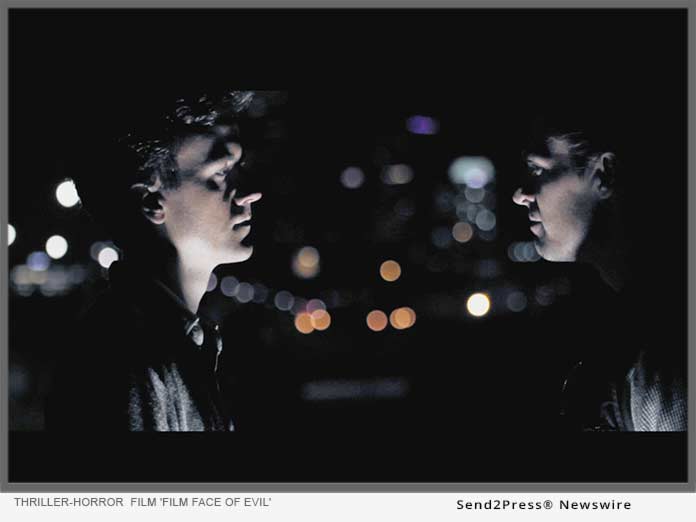 “The soundtrack reflects the surreal, acid, thrilling mood and there are many commercial tracks too.” Enough reasons to watch the film, then check out the soundtrack and play it over and over again.

The direct links to both film and soundtrack are listed on – https://www.foemovie.com/shop and https://awal.lnk.to/NxtuU

The soundtrack is also available on https://soundcloud.com/vito-dinatolo/sets including many more electronic tracks by the filmmaker/composer.

Reviews and interviews on https://FOEmovie.com/media

Soundtrack available on all platforms, including Spotify

View More Movies and Filmmaking News
"The film is about a war vet with PTSD who returns home and sees demons - real or not. It's about our fears, of epidemics, terrorism, big brother, of each other," explains Vito Dinatolo, the film writer/director/producer and soundtrack composer.

ABOUT THE NEWS SOURCE:
V-Movie Productions

Since a tender age, Vito Dinatolo developed a strong film addiction, which he was never able to cure. Vito has written, directed, shot, edited and produced short films, videos and TV segments of all kind. He recently opened his company V-Movie and produced, wrote, directed and scored "Face Of Evil."

LEGAL NOTICE AND TERMS OF USE: The content of the above press release was provided by the “news source” V-Movie Productions or authorized agency, who is solely responsible for its accuracy. Send2Press® is the originating wire service for this story and content is Copr. © V-Movie Productions with newswire version Copr. © 2019 Send2Press (a service of Neotrope). All trademarks acknowledged. Information is believed accurate, as provided by news source or authorized agency, however is not guaranteed, and you assume all risk for use of any information found herein/hereupon.