FORT WORTH, Texas, Jan. 12, 2018 (SEND2PRESS NEWSWIRE) — Imagine performing at the world-renowned Carnegie Hall in New York. That has long been the dream of members of the Top 40-selling Texas State Men & Boys Choir, who are currently celebrating their third anniversary. That anniversary will be marked by: the release of the choir’s fourth record, a four-city tour, and a magical Carnegie Hall performance. 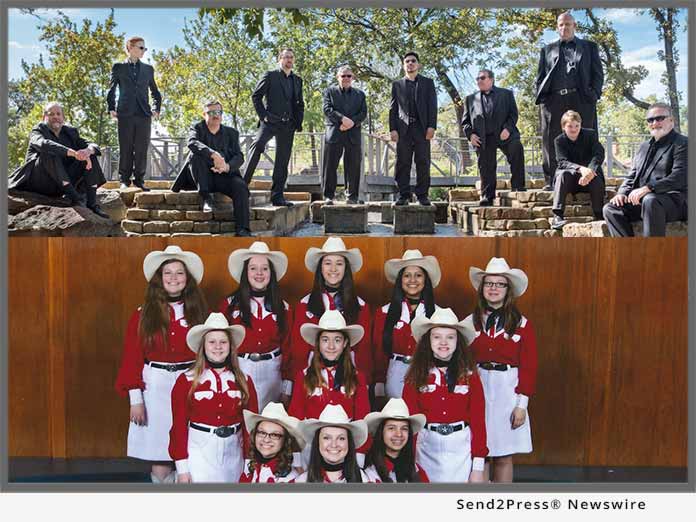 An Evening with The Texas State Men & Boys Choir at Carnegie Hall’s Zankel Hall takes place March 15, 2018, at 7:30 p.m. Preview concerts will be held in Austin on February 24, Oklahoma City on March 3, and Fort Worth on March 10.

“With this tour, I wanted to be able to show off all three records we’ve created from the last three years as well as preview our fourth record that comes out May of 2018,” McGrath said. “So I asked the leadership of the Texas Girls’ Choir if they would be our special guests, and they graciously accepted.”

The promise of Carnegie has been a humbling experience for McGrath and his fellow choir members.

McGrath and numerous members of the TSMBC are alums of the Texas Boys Choir and trained since early childhood in classical music. For these hard-training, classical vocalists, the promise of Carnegie is right up there with the possibility of the Dallas Cowboys making a Super Bowl.

“I am so grateful to these men and boys for three years of true dedication and heart,” McGrath said. “They [the members of the choir] have really worked hard to show the choral world what they can do in live performance.”

Layne Trent, executive director of the Texas Girls’ Choir, said the road to Carnegie was made possible by a wonderful growing relationship between her members and members the Texas State Men & Boys Choir.

“Mr. McGrath is a wonderful record producer and has really challenged our girls to continue learning and evolving their musical talent and they have loved every minute of it,” Trent said. “This opportunity to do multiple concerts in a full SATB setting is very special and will be the first time in our 55-year history that we’ve been a part of something like this. To do a wonderful record in our hometown of Fort Worth and then be able to perform selections from it at Carnegie Hall is simply a dream come true.”

“This is really exciting,” Featherstone said. “These two choirs bring youth and adults together to allow for something that transcends generations and politics and allows [us] to give, not just a musical education, but a way to enrich lives beyond measure.”

This was followed in November 2016 with a Christmas CD entitled “Following The Star,” which the TSMBC performed with the world-renowned, Dorothy Shaw Bell Choir. It sold out of three pressings.

The TSMBC teamed up again with the Dorothy Shaw Bell Choir and the acclaimed Texas Girls’ Choir in August 2017 for a CD that pays tribute to legendary Fort Worth composer Jack Noble White. That CD marked the first time that all three world class organizations teamed up to represent the North Texas region fine arts.

For more information on the Texas State Men & Boys Choir go to: http://www.texasstatemenandboyschoir.org/

For more information on Texas Girls’ Choir go to: http://www.texasgirlschoir.org/

View More Music and Recording News
"With this tour, I wanted to be able to show off all three records we've created from the last three years as well as preview our fourth record that comes out May of 2018," Gary McGrath, founder and executive director of the Texas State Men and Boys Choir.

LEGAL NOTICE AND TERMS OF USE: The content of the above press release was provided by the “news source” Texas State Men and Boys Choir or authorized agency, who is solely responsible for its accuracy. Send2Press® is the originating wire service for this story and content is Copr. © Texas State Men and Boys Choir with newswire version Copr. © 2018 Send2Press (a service of Neotrope). All trademarks acknowledged. Information is believed accurate, as provided by news source or authorized agency, however is not guaranteed, and you assume all risk for use of any information found herein/hereupon.