LOS ANGELES, Calif., March 12, 2020 (SEND2PRESS NEWSWIRE) — In only its third season of fielding a men’s basketball team the University of Los Angeles College of Divinity (ULACD) overcomes all odds to win the ACCA national championship in Joplin, Missouri. 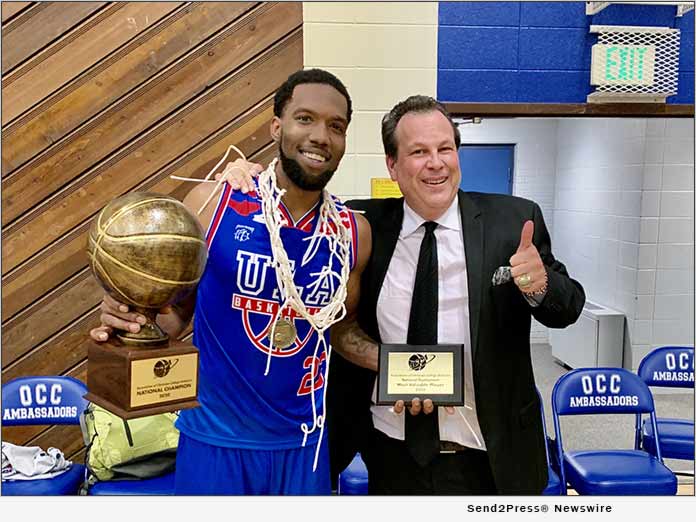 In the first game ULACD faced off against fifth seed Baptist Bible College from Missouri, the Alma Mater of famed evangelist Jerry Falwell. Baptist Bible College came into the game with a record of 16-7 led by Missouri Hall of Fame coach Darin Meinders. Despite playing less than an hour away from their campus in Springfield, Missouri, Baptist Bible College fell 106-92 to ULACD in a sloppy high scoring hard played contest. Both teams combined for 39 turnovers and 45 fouls but ULACD led at half time 53-38 and dominated with points at the free throw line 26-11.

ULACD was led by Jerron Wilbut’s 37 points, 8 rebounds and 3 assists. Wilbut went 13/15 from the free throw line, missing his last two throws and 4/6 from the 3 point line. Junior point guard KV Myricks scored 20 points while grabbing 7 rebounds and handing out 3 assists. Back-up forward Johan Meclot came off the bench and recorded a double-double of 10 rebounds and 10 points with 2 assists. Second team All-American Troy Biglow scored 11 points in only 13 minutes of action while battling foul trouble. Kelton Conway added 12 points and 6 rebounds as he was the fifth ULACD player to be in double Figures.

In the National Semi-Final ULACD faced Off against number 1 seed Champion Christian College (CCC) from Hot Springs, Arkansas and their coach Leonard Epps. ULACD and CCC played an entertaining back and forth affair with 12 lead changes and 5 ties. ULACD was down 41-37 while Shooting only 34% at half but outscored the top seeded team by 12 while shooting 60.7% in the second half 47-35.

ULACD finally prevailed 84-76 winning the assist matchup 19 to 11 while shooting 16/19 from the free throw line. ULACD was led by Sophomore second team All-American Troy Biglow’s dominating performance with 30 points and 15 rebounds in 40 minutes of game action. Honorable Mention All-American KV Myricks had another stellar effort of 18 points, 5 assists and 4 rebounds. Playing a complete game Despite shooting only 1/6 at the three point line, Senior Jerron Wilbut nearly had a triple double with 15 points, 8 rebounds and 8 assists. Kelton Conway again talked double figures with 15 points, 2 rebounds and 2 assists in 30 minutes of action.

In the Championship game ULACD took on the home team Ozark Christian College (OCC) and their veteran coach Chris Lahm, an excellent Coach with over 600 career wins at the Four-Year college level. Although the home crowd loudly cheered OCC throughout, the visiting team from Compton, California finally prevailed 97-89.

ULACD led at halftime 52-45 despite having cumbersome foul trouble. Despite being the smaller Team ULACD won the battle of the boards in the first half 19-17 and had 13 first assists at half time compared to only 4 for OCC. ULACD also won the shooting percentage war shooting 54.5% from the floor compared to 45% for OCC; and 54.5% from the three point line compared to 38.5% for OCC. 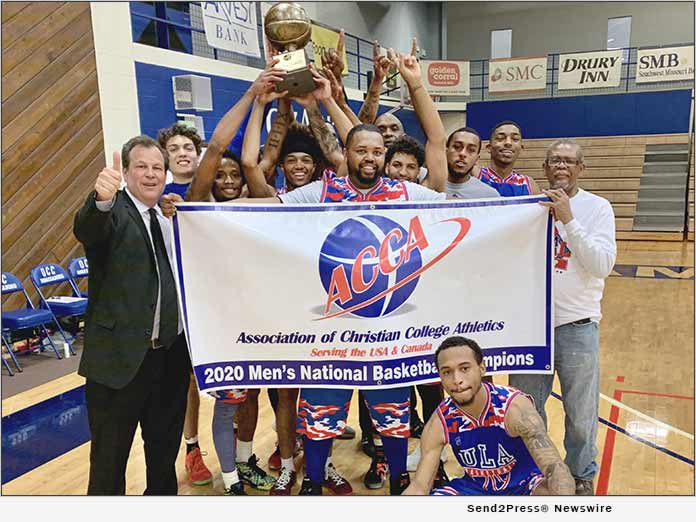 In the final stanza ULACD outscored OCC 45-44 while shooting 44.7% to 42.9% for the home team. ULACD overcame an outstanding free throw effort by OCC who made 22/24 foul shots for the game. OCC with a bigger and deeper team, ultimately won the battle of the boards in the end 43-38. ULACD won the assist battle 20-13 in the end.

The difference in the game was the ULACD starting forwards, both Junior College transfers. Junior small forward Kelton Conway was the key to the game making 5/10 three point field goals, while adding 8 rebounds and 5 assists for a total of 22 points. Complimenting Conway was fellow El Camino Real HS graduate sophomore forward Troy Biglow who added 17 points, 5 rebounds and 3 assists in limited Minutes due to fouling out. Reserve senior forward Johan Meclot came off the bench and played outstanding defense while grabbing 6 rebounds and scoring 6 difference making points.

The exciting championship game had 6 lead changes. In the end and Against all odds ULACD cut down the nets and captured their first National Championship in only their third year of having a men’s basketball program.

In the victory, ULACD Head Coach Michael Miller made history by becoming the first coach to win a high school state title, a junior college state title and a national title.

Coach Miller was the first Coach in the history of California to coach both a high school (Ribet Academy 1990-91) and junior college teams (Los Angeles City College 1997-98 and 2002-03) to state titles.

LEGAL NOTICE AND TERMS OF USE: The content of the above press release was provided by the “news source” University of Los Angeles College of Divinity or authorized agency, who is solely responsible for its accuracy. Send2Press® is the originating wire service for this story and content is Copr. © University of Los Angeles College of Divinity with newswire version Copr. © 2020 Send2Press (a service of Neotrope). All trademarks acknowledged. Information is believed accurate, as provided by news source or authorized agency, however is not guaranteed, and you assume all risk for use of any information found herein/hereupon.