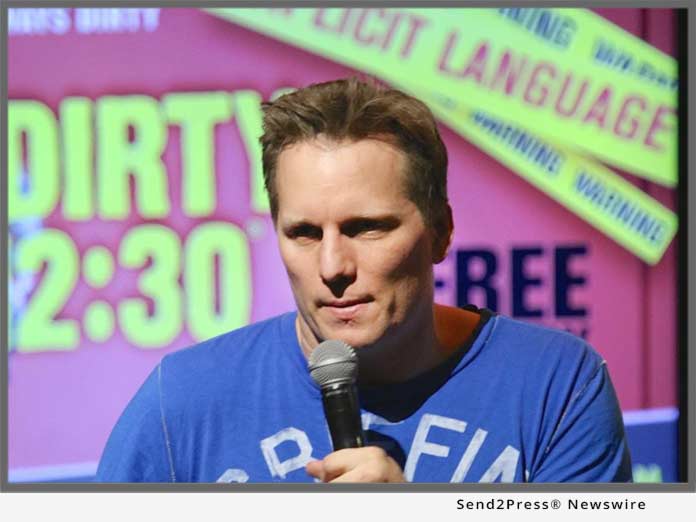 A talented performer and writer, Hunter has performed all over the world. An integral part of the MMA Circuit; a recurring guest on ESPN’s SportsNation; and multiple TV appearances have generated a fan base of more than 100,000 listeners/month.

About “Still Broke”:
“Still Broke” has every kind of joke, from cheeky wordplay to raunchy overshares, referencing anything from Bill Cosby to enhancement pills. There are no sacred cows, no ceremony to stand on, no time to explain the humor and no effort to assess the damage. Adam employs the law of averages, or more aptly, the LOL of averages. His satirical chutzpah is framed by endurance. Adam Hunter is focused. After a joke, he’s on to the next one (and the next one). There’s pace and perseverance as Adam Hunter goes against the grain. “Still Broke” provides waves and waves of deviant debauchery.

Adam isn’t afraid to voice brutally honest resentment towards his newfound marriage, roast his audiences’ appearance, or embrace taboos. Adam uses stereotypes and sensitive topics as a launchpad for brash imagination. He invites the audience to respond to his problematic playfulness; there’s refuge in that cathartic recklessness. 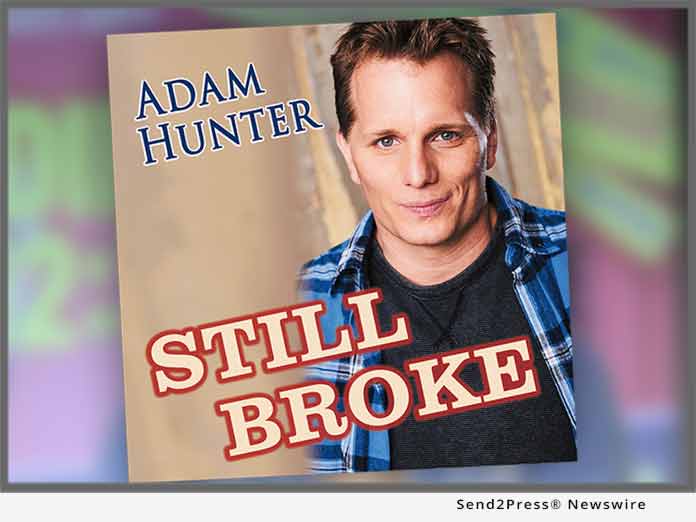 “I am so excited about dropping my new Album. This is the best thing I ever made – not including my daughter who drops in July,” says Hunter.

“Adam’s a smart aleck, certainly not for the faint of heart. But there’s no denying the funny and the talent that created it! Eventually he will get you, by shock or by wit or by unflinching realness. It’s only a matter of time,” says David Drozen, President of Uproar.

Uproar Comedy discovers the Stand-Up Comedy Stars of tomorrow. Producing recordings live in comedy clubs, we make these talented comedians available for your enjoyment on every available digital and streaming platform. We brought you the very first comedy CD recordings by Brian Regan, Margaret Cho, Alonzo Bodden, and John Pinette, just to name a few! David Drozen, President of Uproar Comedy, discovered and produced the first 12 Richard Pryor comedy albums. Come inside the world of Uproar Comedy and discover the vast array of talent and laughs that await you – ‘cause life is better when you’re laughing!

View More Performers and Celebrity News
"I am so excited about dropping my new Album. This is the best thing I ever made - not including my daughter who drops in July," says Hunter.

LEGAL NOTICE AND TERMS OF USE: The content of the above press release was provided by the “news source” Uproar Entertainment or authorized agency, who is solely responsible for its accuracy. Send2Press® is the originating wire service for this story and content is Copr. © Uproar Entertainment with newswire version Copr. © 2018 Send2Press (a service of Neotrope). All trademarks acknowledged. Information is believed accurate, as provided by news source or authorized agency, however is not guaranteed, and you assume all risk for use of any information found herein/hereupon.