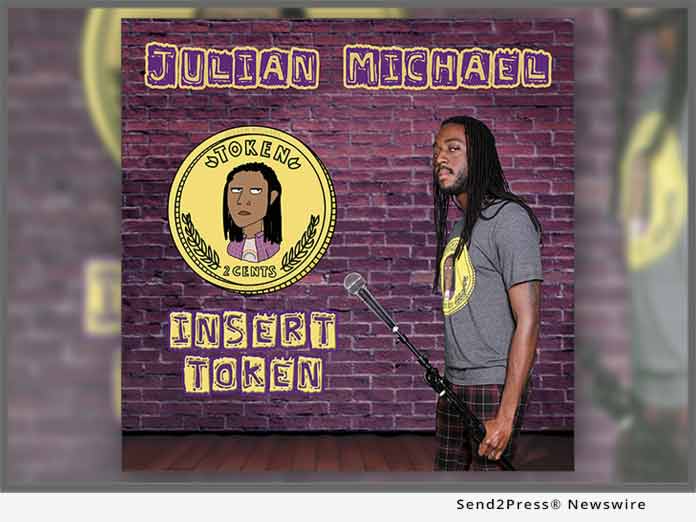 JULIAN MICHAEL is a black, gay comedian with an attitude problem. A minority among minorities. Believing that his life calling is to make people laugh until they think, Julian uses his platform to subvert stereotypes, inspire others, and to give his audience a break from the status quo.

Shit kickers like Dave Chappelle, Paul Mooney and Hannibal Burress have provided Michael with his inspiration. Performing in a laid back style highlighting his California roots (emphasis on high), Julian delivers unfiltered commentary about anyone and everyone around him.

“I entered college certain I was going to be a Baptist minister. But somewhere along the way I discovered I loved the stage more than the pulpit. It took me a long time to fully commit to pursuing my passions,” said Michael.

In 2016 Julian left his comfort zone and a near decade long career in education to pursue his passion for entertainment full time.

In a very short time Julian’s #Token brand has taken on a life of its own. He is a World Series of Comedy finalist and “The Mayhem and Token Show,” with Tilo Murray, lead singer of the early 2000s rock supergroup Methods of Mayhem, has over 100,000 weekly listeners on Dash Radio. It is talk radio’s most unpredictable weekly experience!

WHO IS JULIAN MICHAEL?
“I am a comedian, radio host, writer, speaker, creative thinker, ordained minister, and problem solver. Very little of that fits on a business card. That’s why you can call me ‘Token,’” he says.

Uproar Comedy discovers the Stand-Up Comedy Stars of tomorrow. Producing recordings live in comedy clubs, we make these talented comedians available for your enjoyment on every available digital and streaming platform. We brought you the very first comedy CD recordings by Brian Regan, Margaret Cho, Alonzo Bodden, and John Pinette, just to name a few! David Drozen, President of Uproar Comedy, discovered and produced the first 12 Richard Pryor comedy albums. Come inside the world of Uproar Comedy and discover the vast array of talent and laughs that await you – ‘cause life is better when you’re laughing!

View More Performers and Celebrity News
"I entered college certain I was going to be a Baptist minister. But somewhere along the way I discovered I loved the stage more than the pulpit. It took me a long time to fully commit to pursuing my passions," said Michael.

LEGAL NOTICE AND TERMS OF USE: The content of the above press release was provided by the “news source” Uproar Entertainment or authorized agency, who is solely responsible for its accuracy. Send2Press® is the originating wire service for this story and content is Copr. © Uproar Entertainment with newswire version Copr. © 2018 Send2Press (a service of Neotrope). All trademarks acknowledged. Information is believed accurate, as provided by news source or authorized agency, however is not guaranteed, and you assume all risk for use of any information found herein/hereupon.