"Americans were enthusiastic supporters of the CRB in 1914. Today few have heard the name, let alone the story," says Miller.

DENVER, Colo., Oct. 6, 2014 (SEND2PRESS NEWSWIRE) — On Oct, 22, 1914, less than three months after the start of World War I, one of the largest food relief programs the world has ever seen was begun when the Commission for Relief in Belgium (CRB) was founded in London by a group of prominent Americans, according to Jeffrey B. Miller, author of a new nonfiction book, “Behind the Lines, WWI’s little-known story of German occupation, Belgian resistance, and the band of Yanks who saved millions from starvation” (ISBN: 978-0990689300; Milbrown Press), which chronicles the start of the CRB, the first CRB delegates, and Belgium under the harsh German rule.

The CRB, working with its counterpart in Belgium, the Comite National (CN), fed more than 9 million Belgians and northern French behind German lines for four years as the “Great War” took the lives of approximately 9 million soldiers. The CRB bought, shipped and delivered food through an English blockade into German-occupied Belgium. Thirty to fifty relief ships were in transit every day. From Rotterdam the food was transferred to more than 300 canal barges and brought into Belgium via its canal system. The food was then distributed by more than 40,000 Belgians working with the CN. 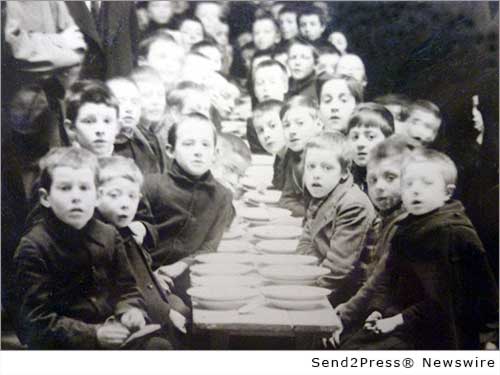 “Americans were enthusiastic supporters of the CRB in 1914. Today few have heard the name, let alone the story,” says Miller.

The CRB was founded and led by Herbert C. Hoover, who became known after the war as the “Great Humanitarian,” and later became America’s 31st president (1929-1933), in part because of his WWI work. The privately operated CRB was funded by worldwide donations and government subsidies from America, Britain, France and Belgium.

“This was a much more lasting and complex and diplomatically unprecedented initiative than anything that might arise from a temporary crisis,” says George H. Nash, Hoover biographer and author of several volumes about him. “The CRB/CN relief effort was organized across the entire country of Belgium; every community was fed, every civilian had to receive assistance. That’s what makes the CRB stand apart from everything that came before it in the way of humanitarian intervention.”

Ultimately, the CRB not only saved more than 9 million people from starvation; it changed the way Americans saw themselves and how the world saw America.

“The CRB is significant to everybody who cares about humanitarian relief because it was a turning point in history,” says Margaret Hoover, great granddaughter of Hoover, best-selling author and Cable News Network contributor. “It was the moment where international relief became operationally effective on such a massive scale. Nobody had thought that an individual could take on the feeding of an entire nation in the middle of a world war. This totally transformed what America realized it could do in terms of its own role in the world. America had a role in the world — not only to achieve success and freedom and welfare for its own people, but then it could give back to the rest of the world.”

That shift in perspective happened not only in America but around the world. “The good will and humanitarian aid created by the CRB’s work — and later by the work of the American Relief Administration after the war-engendered a worldwide feeling that America could be a benefactor of humanitarian aid on a scale never seen before,” says Branden Little, scholar of humanitarian relief of the early 20th century and professor of history at Weber State University in Ogden, Utah.

For Hoover personally, the CRB meant a transformation from successful mining engineer to a man admired around the world. According to historian Nash, “Hoover became an international hero. How were people becoming heroes in WWI? Mostly as soldiers on the battlefield, or great generals organizing victories on the battlefields, or civilian world leaders. Hoover made his reputation not by killing people or organizing warfare, but by saving people from the consequences of warfare.”

More information about the CRB, Herbert Hoover and the CRB delegates, can be found at the Hoover Institution Archives at Stanford University, Calif. ( http://www.Hoover.org/ ), and the Herbert Hoover Presidential Library and Museum at West Branch, Iowa ( http://www.hoover.archives.gov ).

About Milbrown Press:
Based in Denver, Colo., Milbrown Press has just released “Behind The Lines: WWI’s little-known story of German occupation, Belgian resistance, and the band of Yanks who helped save millions from starvation. Beginnings, 1914,” which is a nonfiction history written for general readers. The book follows a handful of CRB delegates, a 22-year-old Belgian woman, Herbert Hoover, two U.S. diplomats, and two Belgians — a businessman and a priest — who team up to fight the German occupation. Print: $16.95, eBook: $9.99; available in bookstores, Amazon.com, Ingram and direct from the publisher. The book recently earned a coveted Kirkus Star Review (only approximately 760 books out of 10,000 annually reviewed by Kirkus are given a Star Review). Review copies available upon request.

*PHOTO 2: Send2Press.com/wire/images/14-1006-kidsrelief-300dpi.jpg .
*Photo 2 Caption: Kids photo: 100 years ago, one of the world’s greatest food relief efforts was started by Americans. 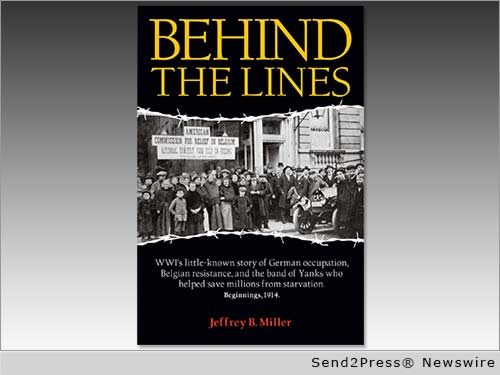 Alternate Headline: New book chronicles the 100th Anniversary of the band of Yanks who saved millions from starvation

NEWS ARCHIVE NOTE: this archival news content, issued by the news source via Send2Press Newswire, was originally located in the Send2Press® 2004-2015 2.0 news platform and has been permanently converted/moved (and redirected) into our 3.0 platform. Also note the story “reads” counter (bottom of page) does not include any data prior to Oct. 30, 2016. This press release was originally published/issued: Mon, 06 Oct 2014 09:00:24 +0000

View More Books and Publishing News
"Americans were enthusiastic supporters of the CRB in 1914. Today few have heard the name, let alone the story," says Miller.

LEGAL NOTICE AND TERMS OF USE: The content of the above press release was provided by the “news source” Milbrown Press or authorized agency, who is solely responsible for its accuracy. Send2Press® is the originating wire service for this story and content is Copr. © Milbrown Press with newswire version Copr. © 2014 Send2Press (a service of Neotrope). All trademarks acknowledged. Information is believed accurate, as provided by news source or authorized agency, however is not guaranteed, and you assume all risk for use of any information found herein/hereupon.