DENVER, Colo., Jan. 8, 2019 (SEND2PRESS NEWSWIRE) –- The new nonfiction book, “WWI Crusaders: A band of Yanks in German-occupied Belgium help save millions from starvation as civilians resist the harsh German rule” (ISBN: 978-0990689386), is one of only 100 self-published books named to the prestigious Kirkus Reviews Best Books of 2018. Authored by Jeffrey B. Miller and published by Milbrown Press, it was released on Veterans Day 2018 to honor the 100th anniversary of the end of World War I. 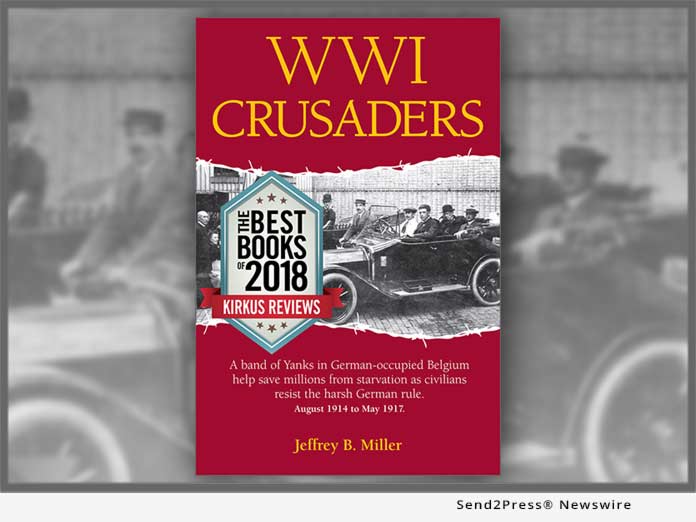 Kirkus produces 10,000 book reviews, annually, and only about 750 receive a starred review. The starred review for “WWI Crusaders,” reads: “A tour-de-force history…gripping historical narrative…A magnum opus that celebrates the qualities of compassion, honor, and humanitarian virtue.”

Miller knows that his book has significantly beaten publishing odds. “Most new print books die an anonymous death,” he says. “That’s not surprising when reportedly nearly one million new print books are released every year.” 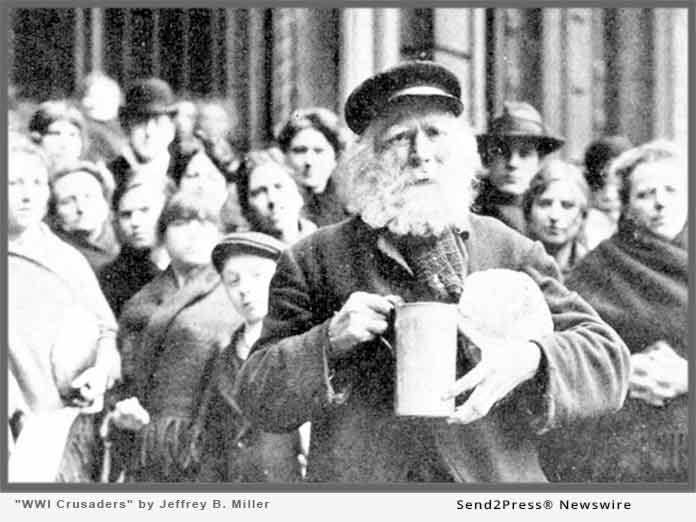 “WWI Crusaders” tells the long-forgotten, but true story of one of the largest food relief efforts the world has ever seen and represents one of America’s finest hours in humanitarian aid. During WWI, the American-led, nongovernmental Commission for Relief in Belgium (CRB) worked with its Belgian counterpart, the Comité National (CN), to feed everyday nearly 10 million Belgians and northern French who were trapped behind German lines.

It was a feat thought to be impossible — private citizens of a neutral country feeding an entire nation caught in the middle of a world war. The challenges were immense, from logistical obstacles and international intrigues to internal conflicts between the CRB and CN. But, in the end, the CRB and CN expended nearly 1 billion U.S. dollars (nearly 24 billion today) to save these lives. Conversely, the war took the lives of nearly 10 million soldiers.

The CRB’s work also helped change the way the world saw America and how Americans saw their nation’s humanitarian role on the world stage. 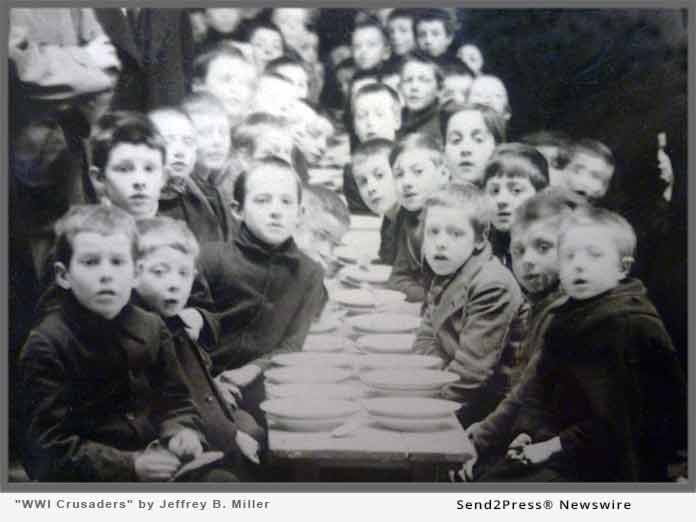 “WWI Crusaders” is a nonfiction narrative history written for general readers. It follows the leader of the CRB, a handful of CRB “delegates,” a 22-year-old Belgian woman, two U.S. diplomats, and the leaders of the Belgian underground newspaper “La Libre Belgique.”

The book is available in print ($24.95) and eBook ($9.99) from bookstores, Amazon.com, Ingram and direct from the publisher.

LEGAL NOTICE AND TERMS OF USE: The content of the above press release was provided by the “news source” Milbrown Press or authorized agency, who is solely responsible for its accuracy. Send2Press® is the originating wire service for this story and content is Copr. © Milbrown Press with newswire version Copr. © 2019 Send2Press (a service of Neotrope). All trademarks acknowledged. Information is believed accurate, as provided by news source or authorized agency, however is not guaranteed, and you assume all risk for use of any information found herein/hereupon.