PORTLAND, Maine, May 10, 2011 (SEND2PRESS NEWSWIRE) — At a recent conference Todd Grove of Portland, Maine, was singled out as the nation’s “top producer” in 2010 by LTC Financial Partners LLC (LTCFP). Grove won the same honor in several previous years, distinguishing himself among colleagues nationwide.

In addition, Grove has been ranked nationally as one of the top ten long-term care insurance specialists, for the last 18 years in a row, by the American Association for Long-Term Care Insurance.

Grove partners with employee benefit brokers to educate Maine’s workforce on the risks associated with long-term care and ways to protect against them. He was recently promoted to National Director of Worksite Solutions for LTCFP.

The LTCFP award is especially noteworthy since the company’s 500-plus agents are regarded as the nation’s leading specialists in long-term care planning. “My colleagues and I specialize exclusively in long term care insurance,” he says. “We’re veterans with years of experience.”

What does it mean to be the top producer? “One way to look at it,” says Grove, “is that I placed the greatest number of policies. Another way to look at it, which I prefer, is that I have helped thousands of families protect their independence and life savings from the devastating effects of long term care costs.”

Financial advisors, attorneys and accountants rely on Grove to seek out appropriate plans and carriers for specific needs of their clients.

He frequently speaks on the subject of long term care financing to groups and organizations across the country; and he is a member of the following associations:
* Maine Employee Benefits Council, Past President
* National Association of Financial Advisors
* Maine Estate Planning Council
* President Emeritus, Board of Directors, Maine Alzheimer’s Association. 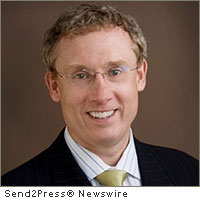 NEWS ARCHIVE NOTE: this archival news content, issued by the news source via Send2Press Newswire, was originally located in the Send2Press® 2004-2015 2.0 news platform and has been permanently converted/moved (and redirected) into our 3.0 platform. Also note the story “reads” counter (bottom of page) does not include any data prior to Oct. 30, 2016. This press release was originally published/issued: Tue, 10 May 2011 08:58:27 +0000