Allen Amos of EPIC named one of 2012’s ‘Power Brokers’

SAN RAMON, Calif., Feb. 27, 2012 (SEND2PRESS NEWSWIRE) — EPIC (Edgewood Partners Insurance Center), a retail property, casualty and employee benefits insurance brokerage, announced today that Allen Amos has been recognized by Risk and Insurance Magazine as one of 2012’s property and casualty insurance “Power Brokers.” This is the second consecutive year Amos has been so recognized.

To qualify for a Power Broker designation, nominees must be considered a top performer in a particular industry practice sector. The three principal criteria for evaluating candidates are creative risk problem solving, industry practice expertise and client service. Amos was one of only 126 people nationwide to be selected from hundreds of nominations received by Risk & Insurance this year.

Amos was highlighted as a Power Broker for his extensive knowledge, client care, and skill in negotiations. A client noted that because of Amos’ negotiation on their behalf, due in large part to his former experience as an underwriter, their company received $450,000 in financial return as part of a claim. The refund represented more than a quarter of the company’s annual insurance premiums. 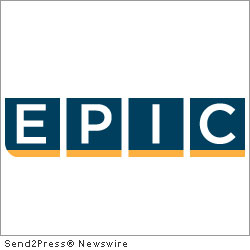 Another client noted, “Allen has excellent knowledge of our industry, and that is the main reason we went with him.”

At EPIC, Amos is both a shareholder and principal. Based in the company’s San Ramon division, he specializes in transportation, trucking, warehousing and logistics.

“Allen takes care of business and consistently produces strong results because he focuses first on the needs of others,” noted co-founder Dan Francis. “This is a primary reason he is such an outstanding broker.”

With nearly $60 million in revenues, EPIC ranks among the top 50 retail insurance brokers in the United States and is the 5th largest privately-held broker in California. For more information, please visit http://www.edgewoodins.com . NEWS ARCHIVE NOTE: this archival news content, issued by the news source via Send2Press Newswire, was originally located in the Send2Press® 2004-2015 2.0 news platform and has been permanently converted/moved (and redirected) into our 3.0 platform. Also note the story “reads” counter (bottom of page) does not include any data prior to Oct. 30, 2016. This press release was originally published/issued: Mon, 27 Feb 2012 15:33:38 +0000