WAPPINGERS FALLS, N.Y., June 3, 2014 (SEND2PRESS NEWSWIRE) — Is that a ’59 Cadillac Tail Fin in Your Pocket? America’s premier one-stop Cadillac restoration and parts firm has been renamed Castle Cadillac, located at 1090 Route 376, Wappingers Falls, New York, to mark the start of a campaign to renovate and refurbish the facility where Cadillac owners have been coming for years for reliable service for their vehicle.

Car enthusiasts of all ages are being invited to stop by and perhaps get permission to take a selfie while sitting in the driver’s seat of Frank Nicodemus’ 1955 Eldorado Biarritz convertible. That is the same seat where Mick Jagger of the Rolling Stones sat during a publicity event a few years ago to promote the start of another of their famous concert tours.

After 44 years as a restoration specialist for Cadillac cars, it was time to refurbish and introduce some long needed improvements to the highly regarded firm. It was a case of restoring to “good as new” condition the business known for returning classic cars to showroom status.

The facility, which was always affectionately known as “the Castle,” will hold some “reopening” events as a way of celebrating the renewed and reinvigorated phase of Castle Cadillac’s efforts to preserve, protect, and promote automobile history.

Frank Nicodemus and Chris Semke have a combined total of almost a century of expertise but they are making a concerted effort to introduce a new generation of Cadillac restoration customers of the need for careful and precise work which then earn their proud owners awards and trophies at restoration competitions in the future.

Anyone who arrives at Castle Cadillac before June 20, 2014, driving a fifty year old or older example of that famous brand of car will get a free restoration estimate/consultation. 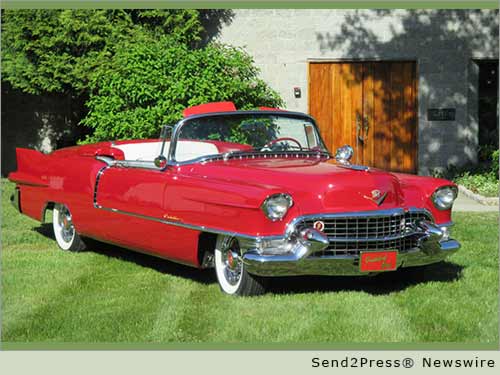 Alternate Headline: Is that a ’59 Cadillac Tail Fin in Your Pocket? NY Cadillac Restoration Company Rebrands and Expands

NEWS ARCHIVE NOTE: this archival news content, issued by the news source via Send2Press Newswire, was originally located in the Send2Press® 2004-2015 2.0 news platform and has been permanently converted/moved (and redirected) into our 3.0 platform. Also note the story “reads” counter (bottom of page) does not include any data prior to Oct. 30, 2016. This press release was originally published/issued: Tue, 03 Jun 2014 06:00:43 +0000

LEGAL NOTICE AND TERMS OF USE: The content of the above press release was provided by the “news source” Castle Cadillac Restorations or authorized agency, who is solely responsible for its accuracy. Send2Press® is the originating wire service for this story and content is Copr. © Castle Cadillac Restorations with newswire version Copr. © 2014 Send2Press (a service of Neotrope). All trademarks acknowledged. Information is believed accurate, as provided by news source or authorized agency, however is not guaranteed, and you assume all risk for use of any information found herein/hereupon.