NEWPORT BEACH, Calif., Dec. 16, 2020 (SEND2PRESS NEWSWIRE) — The Library of Congress has just announced its annual list of 25 films selected to be preserved in the National Film Registry’s vault. And, Richard Diamond, trustee, Richard Diamond Trust, is excited to share that “With Car and Camera Around the World” made the cut. The films selected are considered to be some of America’s most influential motion pictures. 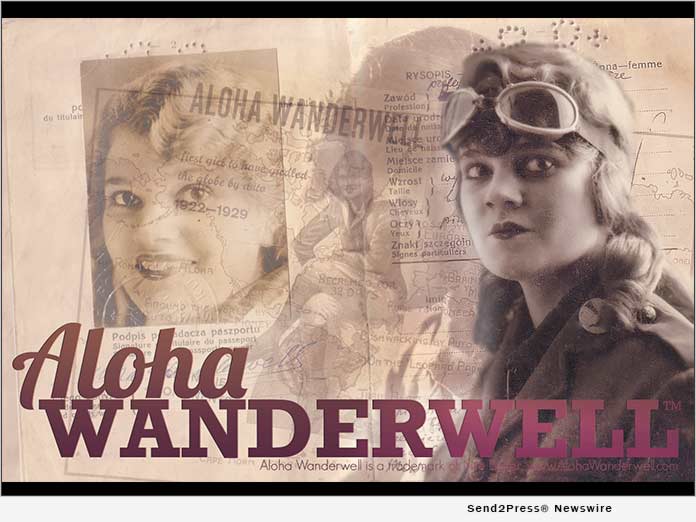 The National Film Registry provides the following description for this historic silent film: “Filmed from 1922 to 1929, the film documents the expeditions of Walter Wanderwell and Aloha Wanderwell Baker, the first woman to drive around the world by car. The couple, along with a crew of volunteers, crisscrossed dozens of countries in a caravan of Ford Model Ts, filming people, cultures and historical landmarks on 35mm film. Learning the filmmaking craft along the way, Aloha served as camera assistant, cinematographer, editor, actress, screenwriter, interpreter, driver, negotiator, and, at times, director.”

Diamond, who is also Aloha’s grandson, is responsible for working to preserve the “Aloha Wanderwell Collection” including rare footage, technicolor movies and one sound film. There are even some home movies in color that feature Humphrey Bogart.

“It’s exhilarating to know that ‘With Car and Camera Around the World’ will be preserved for generations to come,” Diamond says.

For more information and to view the complete list of films: https://www.loc.gov/item/prn-20-082/

About the National Film Registry

The National Film Registry is a list of films deemed “culturally, historically or aesthetically significant” that are recommended for preservation by those holding the best elements for that film, be it motion picture studios, the Library of Congress and other archives, or filmmakers. These films are not selected as the ‘best’ American films of all time, but rather as works of enduring importance to American culture. They reflect the people of a nation.

Born on October 13, 1906, she was inspired by the fantastic tales she read in her father’s beloved collection of boyhood books, she dreamed of travel, adventure and intrigue in far-flung corners of the globe. At the age of 16, she embarked on an ambitious, around-the–world expedition led by “Captain” Wanderwell.

View More Movies and Filmmaking News
"It's exhilarating to know that 'With Car and Camera Around the World' will be preserved for generations to come," Richard Diamond says.

LEGAL NOTICE AND TERMS OF USE: The content of the above press release was provided by the “news source” Richard Diamond Trust or authorized agency, who is solely responsible for its accuracy. Send2Press® is the originating wire service for this story and content is Copr. © Richard Diamond Trust with newswire version Copr. © 2020 Send2Press (a service of Neotrope). All trademarks acknowledged. Information is believed accurate, as provided by news source or authorized agency, however is not guaranteed, and you assume all risk for use of any information found herein/hereupon.