"It's an incredible honor to be nominated three years in a row. It really is a testament to how hard this team works," said Rob Massa, Ascende - an EPIC Company Retirement Director.

SAN FRANCISCO, Calif. and HOUSTON, Texas, March 10, 2016 (SEND2PRESS NEWSWIRE) — For the third time in a row, Ascende Wealth Advisers, Inc. (AWAI) has been named one of PLANADVISER’S Top 100 Adviser Teams in America. Nominated by several clients, vendors and peers, AWAI now qualifies for the PLANSPONSOR Retirement Plan Adviser Team of the Year award – a prestigious recognition the team almost brought home in 2014 when placing as a finalist just three years into AWAI’s existence.

“It’s an incredible honor to be nominated three years in a row. It really is a testament to how hard this team works,” said Rob Massa, Ascende – an EPIC Company Retirement Director. “It’s a wonderful achievement to have our clients nominate us, but it also justifies everything we’ve been working toward the last three years-talking about fiduciary best practices and creating solutions that lead to participants’ success.”

Rob Massa and his team will be recognized at the PLANSPONSOR / PLANADVISER Awards for Excellence in New York on March 31, 2016. This is an annual networking event celebrating the country’s top plan sponsors, retirement plan advisers and industry providers. “We are very pleased with the well-deserved recognition that Rob and his team have received and we are looking forward to growing our retirement advisory practice at EPIC with them,” said Chris Duncan, Chief Growth Officer for EPIC.

AWAI is a wholly owned subsidiary of Ascende – an EPIC Company and was created to provide independence, protection and results to retirement plan sponsors and committees by fulfilling their fiduciary obligations with respect to plan investment selection, monitoring, oversight and compliance.

Launched in 2006, PLANADVISER is the only magazine to address the specific needs and concerns of advisers who specialize in institutional retirement plans, including 401(k) and defined benefit plans. PLANSPONSOR, a sister magazine, helps plan sponsors stay informed on crucial issues and innovative solutions.

About Ascende Wealth Advisers, Inc. (AWAI):
AWAI is an SEC registered investment advisory firm dedicated to providing unbiased investment advice by acting as either an ERISA 3(21) co-fiduciary or an ERISA 3(38) investment fiduciary to corporate sponsored qualified and nonqualified plans, as well as international and offshore savings arrangements. More information: http://www.ascende.com/.

About EPIC:
EPIC is a unique and innovative retail property & casualty and employee benefits insurance brokerage and consulting firm. EPIC has created a values-based, client-focused culture that attracts and retains top talent, fosters employee satisfaction and loyalty and sustains a high level of customer service excellence. EPIC team members have consistently recognized their company as a “Best Place to Work” in multiple regions and as a “Best Place to Work in the Insurance Industry” nationally. 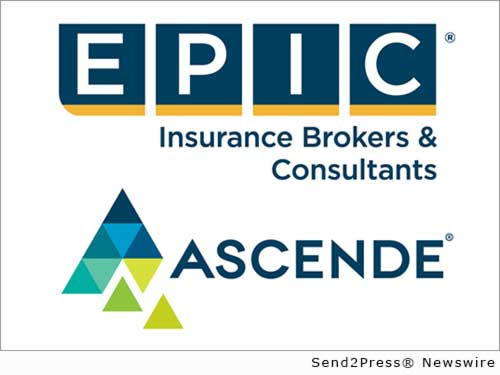 NEWS ARCHIVE NOTE: this archival news content, issued by the news source via Send2Press Newswire, was originally located in the Send2Press® 2004-2015 2.0 news platform and has been permanently converted/moved (and redirected) into our 3.0 platform. Also note the story “reads” counter (bottom of page) does not include any data prior to Oct. 30, 2016. This press release was originally published/issued: Thu, 10 Mar 2016 05:00:14 +0000

View More Awards and Honors News
"It's an incredible honor to be nominated three years in a row. It really is a testament to how hard this team works," said Rob Massa, Ascende - an EPIC Company Retirement Director.