Associated Colleges of Illinois Board Elects New Leadership for 2020-2021 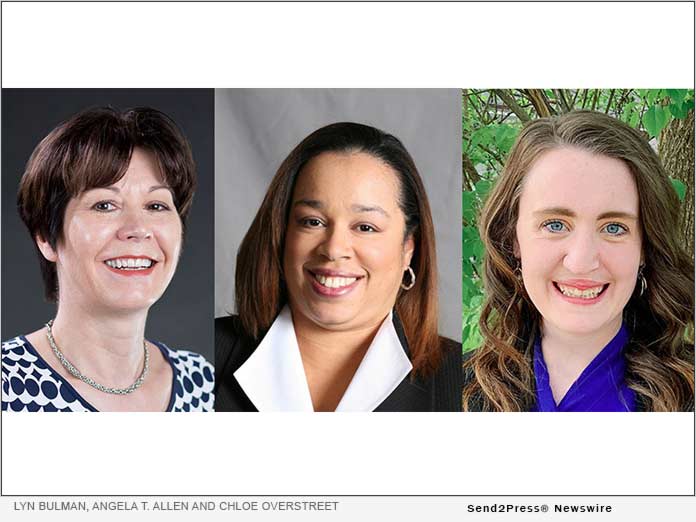 Bulman, Oak Park, Illinois, who previously served as the board’s Program Committee Chair, began her new duties this month. “I am delighted to be taking this role,” Bulman told the trustees. “I think ACI is a great organization. I’m very proud of the work that we do, and I think there’s a lot of great progress going on that we can continue.”

The board also elected Angela T. Allen, Mitchell Titus, Chicago, as treasurer and Finance Committee chair. She succeeded Clifton C. Fenton, who served several years in both roles. The board’s other officer, Dr. Jamel Wright, president of Eureka College, remained in her role as ACI president.

The Board of Trustees elected Chloe Overstreet, a student at Eureka College (https://www.eureka.edu/), Eureka, Illinois, as the board’s first student representative in ACI’s 68-year history. Overstreet, from Stillman Valley, Illinois, will begin her junior year at Eureka College this fall, majoring in history and political science, and business administration.

Overstreet was nominated by the board’s Trusteeship Committee, which began discussions earlier this year about adding a student to further diversify the board. Currently, the board has 37 corporate members, plus the presidents of ACI’s 27 member colleges and universities.

“The program offered both guidance and financial relief as I was beginning college,” Overstreet wrote in a letter to the board. “Access to emergency funds provided the relief that I needed to start college.” Serving as an ACI board member will provide a student perspective and help other students access opportunities that ACI provides, Overstreet added.

In May, Overstreet recorded a video about her experience at Eureka College and the Peer Mentoring Program for ACI’s annual fundraising event, a virtual event this year because of the COVID-19 pandemic. Her video can be viewed at https://acifund.org/2020-aci-virtual-benefit-reception/

The board also elected chairs and vice chairs of its five standing committees. Each was elected to a two-year term:

Associated Colleges of Illinois (ACI) is a collaboration of 27 private, independent colleges and universities, representing more than 70,000 students. Established in 1952, ACI supports member colleges and universities by advancing independent liberal arts and sciences education and helping underserved students succeed in college, careers and life. The organization raises funds for scholarships, peer mentoring and emergency financial aid, and it provides member services such as professional development conferences and college-to-career seminars and events.

View More Education and Schools News
"I think ACI is a great organization. I'm very proud of the work that we do, and I think there's a lot of great progress going on that we can continue," said Lyn Bulman.

LEGAL NOTICE AND TERMS OF USE: The content of the above press release was provided by the “news source” Associated Colleges of Illinois or authorized agency, who is solely responsible for its accuracy. Send2Press® is the originating wire service for this story and content is Copr. © Associated Colleges of Illinois with newswire version Copr. © 2020 Send2Press (a service of Neotrope). All trademarks acknowledged. Information is believed accurate, as provided by news source or authorized agency, however is not guaranteed, and you assume all risk for use of any information found herein/hereupon.