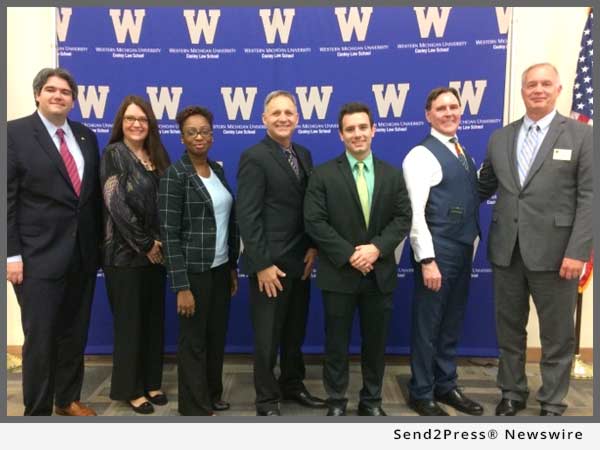 Part of a wider effort by the FJA to help prepare Florida law school students as they transition from schools to the workplace, the Law School Outreach reception aims to give the next generation of attorneys and legal professionals access to the resources and networks of the Florida Justice Association.

Moderated by Attorney Bernard F. Walsh of Shapiro Goldman Babboni Fernandez & Walsh, the reception featured seminars by guest speakers, a presentation by the Florida Justice Association, as well as an open forum style question and answer session between students and a panel of attorneys comprised of experienced lawyers from law firms around the State.

As this year’s seminar centered primarily on aiding students in their efforts to locate employment with Florida law firms, Bernard F. Walsh Esq., gave a lecture entitled “The Art Of Communication.”

Encouraging students to use more effective ways to communicate to achieve their goals both in and out of courtroom situations, the lecture which has been described by past participants as ‘genuinely moving’, includes real world examples of communication from actual cases that resulted in successful outcomes.

Attorney Bernard F. Walsh offered this comment about the 2017 FJA event, “A strong and effective justice system is the foundation from which our democracy was built on. As students move from law schools such as Cooley to positions at firms in Florida and around the country, they will become an important force upholding our legal system into the future. As such, having the opportunity to offer advice to such an important influential group is a real honor. It has been a refreshing privilege to speak with students and witness first-hand the motivation, drive, energy and enthusiasm of the next generation of attorneys.”

Partner at the Personal Injury and Civil Trial Law firm of Shapiro, Goldman, Babboni, Fernandez and Walsh, Bernard Walsh has helped hundreds of Floridians get fair compensation for injuries. Additionally, Bernard Walsh has won one of Florida’s largest motorcycle accident recoveries and has an AV Preeminent® rating on Martindale-Hubbell®, a doctors and attorneys ratings website and is Superb rated attorney with Avvo.com.

View More Legal and Law News
"Having the opportunity to offer advice to such an important influential group is a real honor. It has been a refreshing privilege to speak with students and witness first-hand the motivation, drive, energy and enthusiasm of the next generation of attorneys," said Attorney Bernard F. Walsh.