"Although a tiny seed can grow into a mighty oak tree that seed still needs sunlight and water," said Goldman.

SARASOTA, Fla., June 5, 2015 (SEND2PRESS NEWSWIRE) — On Thursday, June 4, 2015 attorney David L. Goldman of the law firm of Shapiro, Goldman, Babboni & Walsh gave the commencement speech to the 2015 graduating class of the Westcoast School of Human Development in Sarasota, Florida. For over 30 years the Westcoast School has been led by its founder, Dr. Henry L. Porter, and has been teaching students from Kindergarten through 12th grade.

The Westcoast School is a Christian based school that provides an atmosphere that cultivates creativity, stimulates thought and challenges the mind.

Attorney David L. Goldman addressed and encouraged the graduates, telling them that their experience at the Westcoast School has provided them with the seeds of success. Goldman noted that, “Although a tiny seed can grow into a mighty oak tree that seed still needs sunlight and water.” For the graduating class, Goldman noted that their “sunlight and water” would be access to higher education and hard work.

Goldman praised the school for its mission of educating predominantly African-American and Latino youth. He noted that, “The work you do is seen by the eyes of God and makes the Lord smile.” Mr. Goldman has been a longtime supporter of the school for over two decades. Graduates of the Westcoast School have gone on to college and to myriad professional careers. Most notable is Nate Jacobs who founded Sarasota’s Westcoast Black Theater Troupe, honoring Dr. Porter by incorporating the school’s name into its name. 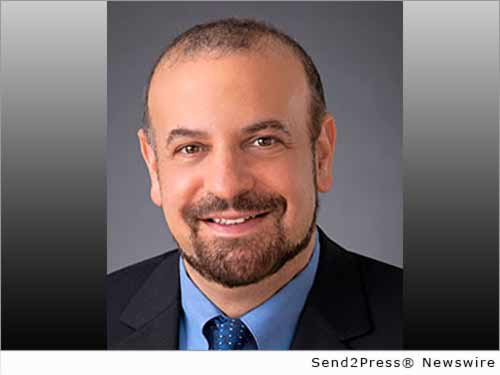 NEWS ARCHIVE NOTE: this archival news content, issued by the news source via Send2Press Newswire, was originally located in the Send2Press® 2004-2015 2.0 news platform and has been permanently converted/moved (and redirected) into our 3.0 platform. Also note the story “reads” counter (bottom of page) does not include any data prior to Oct. 30, 2016. This press release was originally published/issued: Fri, 05 Jun 2015 16:10:32 +0000