"With nearly 500,000 vehicles sold in the U.S. equipping the cheat device, it has not taken long for both VW clean diesel owners and lawmakers alike to become upset and demand action from Volkswagen," says Bernard F. Walsh.

With Volkswagen’s shocking admission to federal regulators that they have engineered a sophisticated software program specifically designed to fool emissions test equipment, the beleaguered German automaker will likely be facing historic fines, settlements and lawsuits.

Volkswagen advertised their new vehicles featuring TDI (Turbo Direct Injection) engines as so-called “clean Diesels.” VW claimed that these revolutionary diesel engines are both powerful, fuel efficient and produce little toxic emissions. However after years of ongoing sales with more than 480,000 “clean diesels” sold in the United States, federal regulators discovered that the TDI engines only ran clean while hooked up to emissions testing equipment.

Volkswagen equipped the TDI engine with a cheat device that ran software that altered the engines function to reduce pollution output, but only when the engine was hooked up to emissions test equipment. Federal regulators also discovered that once the TDI engine was disconnected from the emissions test equipment, the levels of toxic gases soared to more than 40 times the allowable limits. Additionally, it has been determined that when VW’s TDI engines are running clean and in compliance with emissions regulations, the performance of the engine is severely reduced from stated specifications in both engine power and fuel economy.

With nearly 500,000 vehicles sold in the U.S. equipping the cheat device, it has not taken long for both VW clean diesel owners and lawmakers alike to become upset and demand action from Volkswagen.

So far Volkswagen is facing separate lawsuits from the state of West Virginia, and a class-action lawsuit from VW owners in California, calls for a hearing in the U.S. House of Representatives and possible criminal charges. As VW’s admission of this duplicitous action has only just been made public many more lawsuits are likely to follow both within the United States as well as the European Union.

The scandal’s aftermath will affect more than just VW, and is rippling outward toward parts suppliers and other vendors as VW is asking their suppliers to cut prices in an attempt to save money for the anticipated wave of settlement lawsuits and fines.

Personal injury attorney and civil trial lawyer Bernard F. Walsh of Shapiro Goldman Babboni & Walsh had this scathing comment of Volkswagen’s actions, “Volkswagen’s actions of intentionally lying and cheating their customers are inexcusable and infuriating. VW car buyers paid between $1,000 and $7,000 more for so called ‘clean diesel’ cars than the unleaded gasoline vehicles to have a car that is better for the environment. Instead they have just found out that not only does the TDI engine not meet federal clean air regulations, the TDI engines were far worse polluters than regular gasoline or standard diesel engines.

“Volkswagen’s claim that just a handful of unscrupulous engineers including, Ulrich Hackenberg, Wolfgang Hatz, and Heinz-Jakob Neusser were responsible for the vast fleet of VW’s with cheat devices is nothing more than a laughable attempt to avoid moral responsibility of the scandal. For its organized fraud and misrepresentation of the TDI vehicle line, Volkswagen will likely face record fines, class-action lawsuits and likely criminal charges. However this is little consultation to the hundreds of thousands of American car buyers who thought they were paying more to do the right thing for the climate change problem, and instead found out they have been taken for a ride by VW executives.

“With many car owners now owning vehicles that no longer will pass state emissions tests and have dropped significantly in resale value, it remains to be seen how VW and Audi plan on making amends with such an enormous number of vehicles to fix. To make matters worse VW does not currently have a fix that will bring the cars compliant, prompting some to call for VW to buy-back its cars. Whatever moves VW makes in the future, I can only recommend that owners of VW TDI models contact an attorney as soon as possible.” 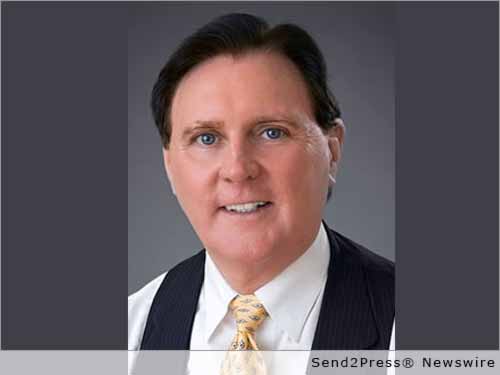 NEWS ARCHIVE NOTE: this archival news content, issued by the news source via Send2Press Newswire, was originally located in the Send2Press® 2004-2015 2.0 news platform and has been permanently converted/moved (and redirected) into our 3.0 platform. Also note the story “reads” counter (bottom of page) does not include any data prior to Oct. 30, 2016. This press release was originally published/issued: Tue, 13 Oct 2015 17:18:58 +0000

View More Automotive and Motorsports News
"With nearly 500,000 vehicles sold in the U.S. equipping the cheat device, it has not taken long for both VW clean diesel owners and lawmakers alike to become upset and demand action from Volkswagen," says Bernard F. Walsh.