Cambridge City Schools expects to save more than $133,000 annually through partnership with Energy Optimizers, USA

"Cambridge City Schools is pleased to be working with Energy Optimizers on a HB264 project to reduce energy costs by improving lighting and installing energy saving updates to our heating and air conditioning systems," said Superintendent Dennis Dettra.

TIPP CITY, Ohio, Jan. 7, 2015 (SEND2PRESS NEWSWIRE) — Cambridge City Schools has partnered with Energy Optimizers, USA, to complete an energy conservation project that is expected to save the district $133,111 annually, allowing for more dollars to be directed to students and classrooms.

Cambridge City Schools will upgrade the lighting, building controls and air filtration systems at all seven of its buildings, placing the district firmly ahead of the curve for energy efficiency and improved air and lighting quality. Funding is provided through the Ohio School Facilities Commission’s House Bill 264 program, enabling the district to make these cost-cutting improvements at no expense to taxpayers.

“Cambridge City Schools is pleased to be working with Energy Optimizers on a HB264 project to reduce energy costs by improving lighting and installing energy saving updates to our heating and air conditioning systems,” said Superintendent Dennis Dettra. “We will see savings in both electric and gas consumption for many years to come, saving our taxpayers more than $133,000 a year.”

The project is expected to be completed in the spring of 2015. Projected energy savings are guaranteed, and the payback for the upgrades is just over 11 years.

“Projects like these are relatively simple common-sense improvements, but they have an enormous impact on schools and their stakeholders,” said Bob Hausmann, Director of Operations for Energy Optimizers, USA. “By improving their energy efficiency, Cambridge City Schools will be able to direct more dollars away from the utilities and into the classroom, where they will better serve students and taxpayers. The project will also transform these buildings into energy management labs that will hopefully inspire our next generation of engineers and scientists.”

That’s because the partnership includes the resources to launch a Green Team, an energy education effort that Energy Optimizers, USA, promotes in all of its school-related energy conservation projects. In addition to funding the team for two years, Energy Optimizers, USA will provide Ohio Energy Project academic materials that are aligned to Ohio’s academic content standards. Green Team members will take part in STEM-related activities that are focused on energy conservation, while encouraging their peers to become more environmentally conscious.

Energy Optimizers, USA, has completed similar projects for 53 school districts around the state of Ohio, delivering more than $20 million in vendor-neutral energy savings projects. The company is ranked as the fastest growing company in the Dayton region and placed in the Top 500 of Inc. Magazine’s list of 5,000 fastest growing companies in the United States. 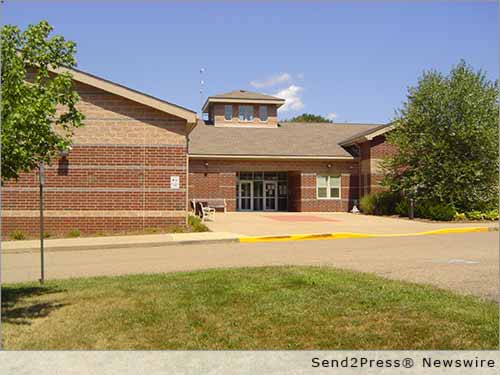 NEWS ARCHIVE NOTE: this archival news content, issued by the news source via Send2Press Newswire, was originally located in the Send2Press® 2004-2015 2.0 news platform and has been permanently converted/moved (and redirected) into our 3.0 platform. Also note the story “reads” counter (bottom of page) does not include any data prior to Oct. 30, 2016. This press release was originally published/issued: Wed, 07 Jan 2015 19:20:19 +0000