LOS ANGELES, Calif., Dec. 9, 2021 (SEND2PRESS NEWSWIRE) — In celebration of Human Rights Day 2021, the Church of Scientology International shares the story of brother and sister team Sandra and Felipe Poveda who inspired a culture of human rights in one of the most violent regions on Earth. Their story unfolds on “Voices for Humanity,” featured on the Scientology Network. 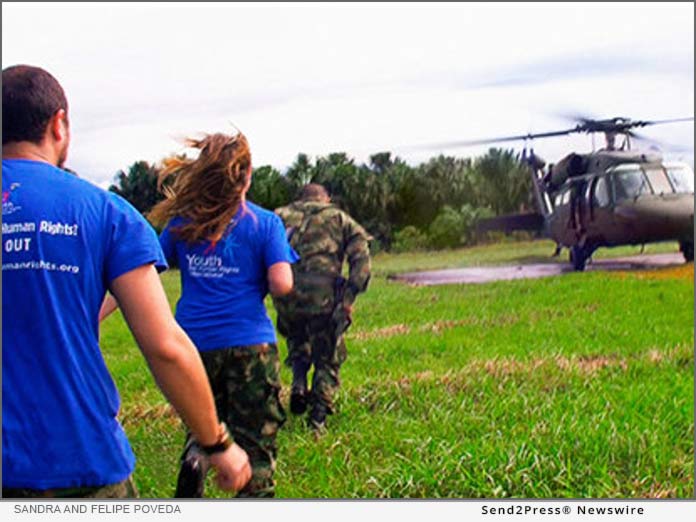 More than five decades of guerilla warfare left its mark on every level of Colombian society with some 220,000 dead and atrocities reported on both sides.

It was 2009 when a scandal broke implicating the Colombian military with generating what was euphemistically called “false positives.” This was the practice of executing civilians, dressing them as guerillas, reporting them as casualties and collecting a bounty.

Sandra Poveda, founder of Youth for Human Rights Colombia, and her brother Felipe, the group’s president, approached the Minister of Defense who was trying to deal with this by creating a human rights school for the army. After the Povedas ran a pilot using the Youth for Human Rights educational materials and seeing their impact on the troops, he decided to implement the campaign across the country.

The Povedas enlisted the help of entertainment and sports celebrities, organized concerts, gave TV interviews and arranged for the Youth for Human Rights public service announcements to air on hundreds of stations throughout the country.

They traveled to war zones where they educated troops on the basics of human rights, all based on the 30 articles of the Universal Declaration of Human Rights whose 73rd anniversary is celebrated December 10. Through practical examples of the application of these materials, they got through to soldiers that article 3, the Right to Life, applies to everyone—even to the lives of guerrillas.

The result was unprecedented. In a letter to the Foundation, the director of the Colombian military’s human rights school in Bogotá stated that the Foundation’s campaigns had contributed to a 96-percent decrease in civilian reports of armed forces’ human rights violations.

Their story is documented in an episode of “Voices for Humanity” on the Scientology Network.

In 1948 the United Nations called upon all member countries to publicize the text of the Universal Declaration of Human Rights and “to cause it to be disseminated, displayed, read and expounded principally in schools and other educational institutions, without distinction based on the political status of countries or territories.” Youth for Human Rights International materials help people of all ages understand the 30 rights enshrined in the Universal Declaration of Human Rights. Creating a world where human rights are known and protected starts with effective educational programs that reach across all cultural and geographic boundaries.