Send2Press › Wire › NonProfit and Charities › China Rescue Dogs Fights to Save 46 Golden Retrievers, 8 Puppies And 22 Corgis from Being Slaughtered in China

China Rescue Dogs Fights to Save 46 Golden Retrievers, 8 Puppies And 22 Corgis from Being Slaughtered in China

VASS, N.C., May 6, 2022 (SEND2PRESS NEWSWIRE) — China Rescue Dogs, a leading International non-profit dog rescue based in the United States, is in the middle of an urgent dog rescue effort in China. Shanghai Animal Rescue reached out to China Rescue Dogs for help after they discovered a dog breed farm north of Harbin were selling all their dogs into the meat-trade. 46 adult Goldens, 8 puppies, and 22 Corgis were going to be trucked to Yulin to be slaughtered for the 2022 Yulin Dog Meat Festival. 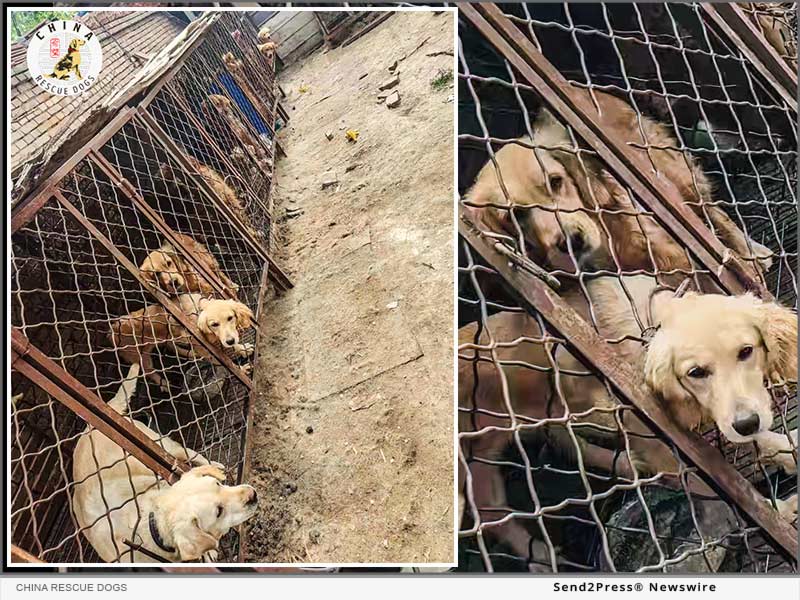 PHOTO CAPTION: A row of Golden Retrievers at a breed farm outside of Shanghai, China, waiting to be rescued.

“The living conditions at this dog breed farm are just awful,” exclaimed Jill Stewart, President and Founder of China Rescue Dogs. “It is heartbreaking that this breeder was going to just discard their entire inventory of dogs to be slaughtered. We had to do something. Doing nothing was not an option.”

Despite international pressure, dog slaughterhouses and eating dog meat are not outlawed in China. Even though the local government no longer sponsors the Yulin Dog Meat festival, it continues to take place every year in June. With no national animal rights laws in place in China, most dogs (and cats) have little chance at living a full life. 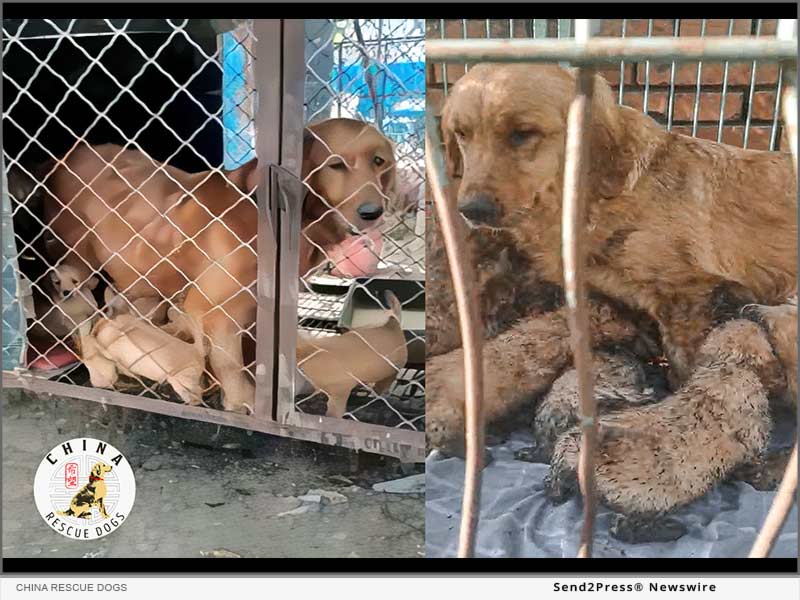 PHOTO CAPTION: A malnourished mother and her 8 puppies caged within the breed farm outside of Shanghai, China. They have been rescued and are now at the emergency vet getting the appropriate care.

“Yulin happens every day in China,” said Brandy Cherven, Vice President of Operations for China Rescue Dogs. “Dogs are still brutalized, tortured, and eaten due to outdated beliefs of gaining more wisdom, warding off evil spirits, or keeping cool in the summer months.”

“The world needs to know about the continued brutality.” said Jill Stewart, President, and Founder of China Rescue Dogs. “We just can’t sit back and do nothing! Yes, there needs to be laws put in place to protect those animals from being uselessly slaughtered, but the urgency today is to save the dogs from the breed farm that are in imminent danger.”

So far, China Rescue Dogs and its rescue partners in China have saved 29 adult Goldens, 8 puppies and 22 Corgis. They have seen the emergency veterinarian and are safe in a dog sanctuary. However, they are still trying to rescue the remaining Goldens from the breed farm. The rescue mission is not over yet. 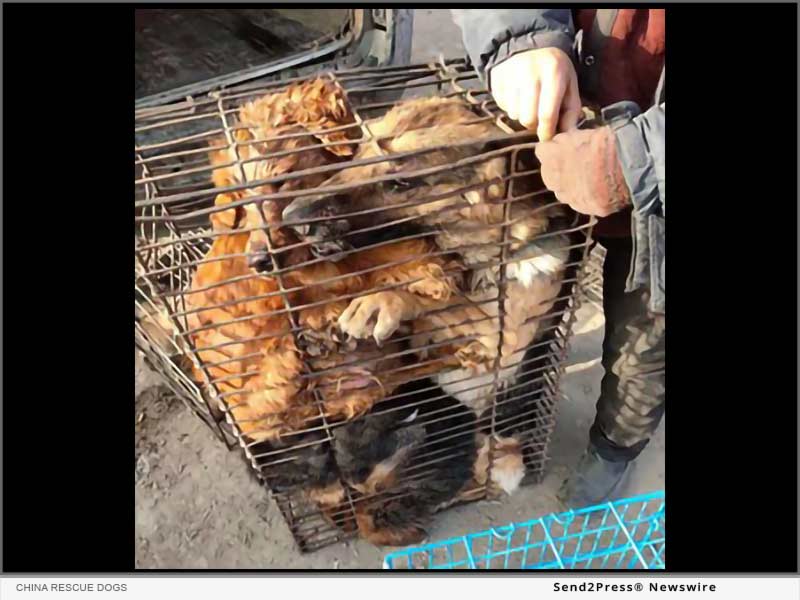 PHOTO CAPTION: Dogs crammed into cages to be sold at a China dog meat market now unable to be rescued into the United States due to the ongoing CDC Dog Ban.

The goal is to save all the dogs from the breed farm. Once rescued, China Rescue Dogs will find them loving forever homes in North America, where they can live out the rest of their lives with love and without fear.

The rescue effort is being played out in real-time on the China Rescue Dogs Facebook page: https://www.facebook.com/chinarescuedogs.

“This is why the CDC Dog Ban needs to end now,” said Stewart. “Even if we are able to save all of these dogs, we still cannot bring them into the United States to be adopted.”

The suspension, which was announced by the CDC last year stated that effective July 14, 2021, all dogs imported from 113 countries (including China) may not enter the U.S. for a period of at least one year. Now, almost a year later, responsible international dog rescue organizations, like China Rescue Dogs, should be allowed to resume giving dogs a second chance at life here in the U.S.

To learn more about the organization, please visit: https://chinarescuedogs.org/.

China Rescue Dogs is a 501(c)(3) organization founded by Jill Stewart, an ardent advocate of animal rights worldwide, and especially in China. Their global mission is to rescue and rehabilitate dogs from China and provide them with loving forever homes in North America.

Photo caption: A row of Golden Retrievers at a breed farm outside of Shanghai, China, waiting to be rescued.

View More NonProfit and Charities News
"The living conditions at this dog breed farm are just awful," exclaimed Jill Stewart, President and Founder of China Rescue Dogs. "It is heartbreaking that this breeder was going to just discard their entire inventory of dogs to be slaughtered. We had to do something. Doing nothing was not an option."

LEGAL NOTICE AND TERMS OF USE: The content of the above press release was provided by the “news source” China Rescue Dogs or authorized agency, who is solely responsible for its accuracy. Send2Press® is the originating wire service for this story and content is Copr. © China Rescue Dogs with newswire version Copr. © 2022 Send2Press (a service of Neotrope). All trademarks acknowledged. Information is believed accurate, as provided by news source or authorized agency, however is not guaranteed, and you assume all risk for use of any information found herein/hereupon.