"Education is a foundational component of every project we take on," said Energy Optimizers, USA, President and Founder Greg Smith. "We sponsor Green Teams for all of our school district partners because we feel so strongly about not only about energy conservation."

TIPP CITY, Ohio, July 16, 2015 (SEND2PRESS NEWSWIRE) — In June, a team of four Oak Hills Local Schools students, sponsored by Energy Optimizers, USA, participated in a hands-on bicycle building exercise at Otterbein College in Westerville – but this was no ordinary bike. The four middle school girls were participants in the AEGIS 2015 Energy Program, and their bicycle transforms riders’ energy into light, heat and sound.

AEGIS stands for Activating and Energizing Girls in Science, and the Energy Program is designed to illuminate STEM career paths for girls in middle school. Over the course of three days, the girls transformed components, gears and wires into a fully functioning Ohio Energy Project Energy Bike. The bike demonstrates for riders how much effort it takes to turn energy into power. It also allows riders to see in real time how much more energy it takes to light up an incandescent lightbulb compared to more energy efficient LED and CFL lightbulbs.

As the team members built and wired the bikes, they gained valuable engineering experience. They also earned the designation of “Energy Bike Experts.” Once school starts in the fall, they will train other students and teachers how to use the bikes, offer classroom programs and participate in outreach events to help promote conservation.

The team was sponsored by Energy Optimizers, USA, an energy management firm based in Tipp City, Ohio, which has partnered with Oak Hills Local Schools to improve the district’s energy efficiency by upgrading the lighting and building controls and the installation of a solar thermal system for the Oak Hills High School swimming pool. The $4 million project is expected to reduce the district’s utility costs by an estimated $373,835 annually.

“Education is a foundational component of every project we take on,” said Energy Optimizers, USA, President and Founder Greg Smith. “We sponsor Green Teams for all of our school district partners because we feel so strongly about not only about energy conservation, but also about preparing our next generation of engineers and scientists. We were honored to assist this group of exceptional students with pursuing their interests in engineering, green energy and conservation education.” 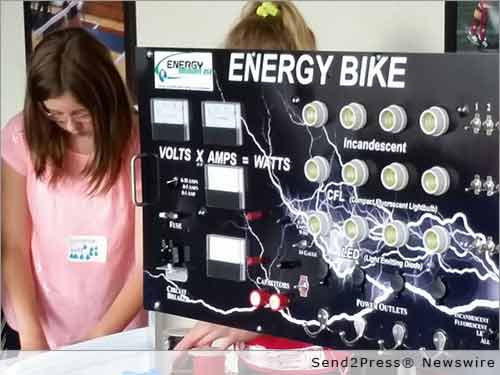 NEWS ARCHIVE NOTE: this archival news content, issued by the news source via Send2Press Newswire, was originally located in the Send2Press® 2004-2015 2.0 news platform and has been permanently converted/moved (and redirected) into our 3.0 platform. Also note the story “reads” counter (bottom of page) does not include any data prior to Oct. 30, 2016. This press release was originally published/issued: Thu, 16 Jul 2015 17:24:13 +0000

View More Corporate Social Responsibility News
"Education is a foundational component of every project we take on," said Energy Optimizers, USA, President and Founder Greg Smith. "We sponsor Green Teams for all of our school district partners because we feel so strongly about not only about energy conservation."