"Energy efficient standards and advances in clean energy are not only important for the health of our communities, they are also opening up new business opportunities," Doug Trimbach said.

On April 28 and 29, Vice President of Lighting Services Doug Trimbach will join a national delegation of independent business leaders in Washington, D.C., to advocate for clean energy policies and programs. The timing for the trip is critical as Congress considers a number of policies related to the climate, energy and transportation.

The advocacy trip is organized by Environmental Entrepreneurs (E2), a nonpartisan community of business leaders who promote the business perspective on environmental issues. While in Washington, D.C., the delegates will:
* Promote clean energy policies and programs in upcoming energy bills and tax reform.
* Support and defend the implementation of policies to reduce greenhouse gases in an economically beneficial way (Clean Power Plan).
* Advance a new transportation bill that prioritizes innovation, lowers environmental impacts and increases economic efficiency.

“Energy efficient standards and advances in clean energy are not only important for the health of our communities, they are also opening up new business opportunities,” Trimbach said. “In Ohio, industrial energy efficiency could significantly boost manufacturing in our state, but there are no state policies to help drive this form of business. We need thoughtful policies that make investment in clean energy viable for consumers, businesses and public entities, and that help create market consistency to protect these same stakeholders.”

“Energy Optimizers, USA, is in the business of helping education and government organizations spend fewer tax dollars by improving their energy efficiency,” Trimbach said. “But without the backing of clean energy policies, such as tax incentives, their ability to invest in renewable energy and efficiency improvements can be limited.”

According to the E2 website, over the last four years, wind generation has doubled and solar capacity has grown by a factor of five, reducing costs by close to 40 percent. The site also notes that on average, every $1 of federal investment in clean energy yields $3-$5 private sector dollars.

Judging by the company’s substantial growth, the market would agree that energy efficiency is a priority. The Tipp City-based energy management company has a presence in six states and has delivered more than $20 million in vendor-neutral energy savings projects since it was founded in 2009. It is ranked as the fastest growing company in the Dayton region and placed in the Top 500 of Inc. Magazine’s list of 5,000 fastest growing companies in the United States.

Trimbach is an Asheville, N.C. resident and is volunteering his time for the advocacy mission, as are all other business leaders who are participating. The trip is nonpartisan, and delegates will meet with a variety of staffers and legislators on both sides of the aisle.

Energy Optimizers, USA works with educational, governmental, commercial and industrial customers to implement energy savings opportunities to reduce operational costs, including lighting retrofits, renewable energy projects (wind and solar), HVAC retrofit projects, building automation retrofits and energy education programs. The company is ranked in the Top 500 of INC. Magazine’s list of 5,000 fastest growing companies in the U.S. (2014), was named the Fastest Growing Company in the region for two consecutive years by the Dayton Business Journal (2013, 2014), and was named a BBB Eclipse Integrity Award Finalist (2012). To learn more about Energy Optimizers, USA, visit their website at http://energyoptusa.com/ or call them at (937) 877-1919. 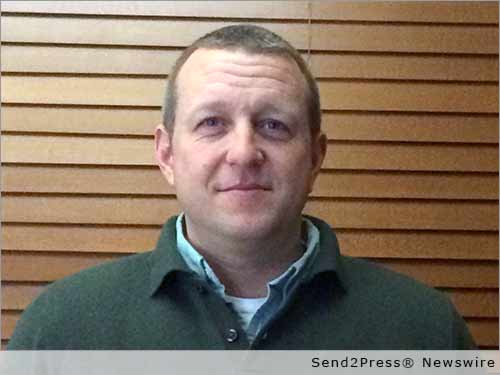 NEWS ARCHIVE NOTE: this archival news content, issued by the news source via Send2Press Newswire, was originally located in the Send2Press® 2004-2015 2.0 news platform and has been permanently converted/moved (and redirected) into our 3.0 platform. Also note the story “reads” counter (bottom of page) does not include any data prior to Oct. 30, 2016. This press release was originally published/issued: Tue, 28 Apr 2015 21:10:08 +0000

View More Business News
"Energy efficient standards and advances in clean energy are not only important for the health of our communities, they are also opening up new business opportunities," Doug Trimbach said.