"I've worked with some outstanding organizations over the years, but none has offered the personal growth opportunities, no barriers client service philosophy, and 'people first' culture of EPIC," stated Cosgrove. "I'm very excited to help lead EPIC's growth in the Financial Institutions sector, as well as contributing to our national expansion initiatives."

As one of the nation’s fastest growing private insurance brokerage firms, EPIC has been on an aggressive national growth trajectory, successfully competing against the large, institutional brokers with an entrepreneurial, client-focused business model. Since The Carlyle Group became the firm’s major investment partner in December 2013, EPIC has completed four strategic acquisitions/purchases, adding nearly 250 employees in nine new locations across the country and nearly doubling revenues from roughly $80 million to run rate revenues of almost $160 million.

Cosgrove will be based in New York and will report to Derek Thomas, EPIC’s Chief Strategy Officer and Scott Gunnison, Executive Vice President, who are co-leaders of EPIC’s Specialty Practice & Programs Group.

“Bill has been an innovator and leader his entire career,” said Thomas. “His beliefs, principles and ability are well aligned with EPIC’s core values of client service excellence and client advocacy.”

Added Gunnison, “Bill’s leadership will be instrumental as we execute our plans for further growth in the niche specialty practice arena, as well as further expansion in the Northeast and across the country.”

Cosgrove also served in director and practice leader positions at Frank Crystal & Company and USI Insurance Holdings, Inc. for six years. Earlier in his career he was Regional Underwriting Manager at ACE USA (formerly CIGNA Corporation), where he was responsible for Specialty Risk Products throughout a sixteen state region on the East Coast.

Cosgrove attended Wittenberg University in Springfield, Ohio, where he earned a Bachelor of Arts Degree in Political Science

“I’ve worked with some outstanding organizations over the years, but none has offered the personal growth opportunities, no barriers client service philosophy, and ‘people first’ culture of EPIC,” stated Cosgrove. “I’m very excited to help lead EPIC’s growth in the Financial Institutions sector, as well as contributing to our national expansion initiatives.”

Bill Cosgrove can be reached at:
bill.cosgrove@epicbrokers.com
415-356-3900 direct

About EPIC:
Headquartered in San Francisco, EPIC Insurance Brokers and Consultants has nationwide presence with a depth of industry expertise across key lines of insurance including commercial property and casualty, employee benefits, unique specialty program insurance, and private client services. Since its founding in 2007 EPIC has driven revenue from $5 million to $150 million through both organic growth and strategic acquisitions, and remains a fixture on the insurance industry’s “Best Places to Work” lists. Its strategic partners include private equity firms The Carlyle Group and Stone Point Capital. To learn more, visit http://www.epicbrokers.com/. 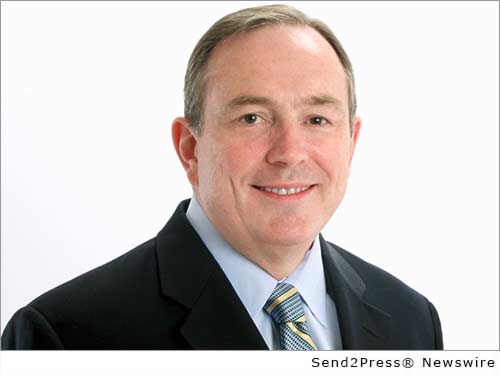 NEWS ARCHIVE NOTE: this archival news content, issued by the news source via Send2Press Newswire, was originally located in the Send2Press® 2004-2015 2.0 news platform and has been permanently converted/moved (and redirected) into our 3.0 platform. Also note the story “reads” counter (bottom of page) does not include any data prior to Oct. 30, 2016. This press release was originally published/issued: Mon, 13 Oct 2014 06:00:15 +0000

View More Banking News
"I've worked with some outstanding organizations over the years, but none has offered the personal growth opportunities, no barriers client service philosophy, and 'people first' culture of EPIC," stated Cosgrove. "I'm very excited to help lead EPIC's growth in the Financial Institutions sector, as well as contributing to our national expansion initiatives."