"Brian has been a top producer in the Sacramento Region for many years," said EPIC's Tom McCready. "His beliefs, principles and ability are extremely well aligned with EPIC's core values of service excellence and unwavering client advocacy."

Laney will be responsible for new business development and the design and management of insurance and risk management programs for his clients. As he has his entire career, Laney will specialize in serving the complex California Construction Industry. He will report to Tom McCready, Managing Principal of EPIC’s Sacramento Region Property & Casualty operations.

Laney joins EPIC from the Sacramento Construction Division of broker Hub International, where he spent two years as a commercial lines insurance broker/producer, also specializing in the construction industry.

In the earlier stages of his 12 year insurance career, Laney was also a commercial insurance broker/producer at Brown & Brown Insurance in Sacramento, where he spent eight years. He entered the insurance business in 2003 as a Northern California Field Marketing Agent for Combined Insurance – at the time a subsidiary of Aon Corporation.

As one of the nation’s fastest growing private insurance brokerage firms, EPIC has been on an aggressive national growth trajectory, successfully competing against the large, institutional brokers with an entrepreneurial, client-focused business model. Since The Carlyle Group became the firm’s major investment partner in December 2013, EPIC has completed eight strategic acquisitions/purchases, adding more than 300 employees in 10 new locations across the country and nearly doubling revenues from roughly $80 million to run rate revenues of almost $160 million.

“Brian has been a top producer in the Sacramento Region for many years,” said EPIC’s Tom McCready. “His beliefs, principles and ability are extremely well aligned with EPIC’s core values of service excellence and unwavering client advocacy. We are excited to have him join our growing operations here in Sacramento and the West.”

About EPIC:
Headquartered in San Francisco, EPIC Insurance Brokers and Consultants has nationwide presence with a depth of industry expertise across key lines of insurance including commercial property and casualty, employee benefits, unique specialty program insurance, and private client services. Since its founding in 2007 EPIC has driven revenue from $5 million to $160 million through both organic growth and strategic acquisitions, and remains a fixture on the insurance industry’s ‘Best Places to Work’ lists. Its strategic partners include private equity firms The Carlyle Group and Stone Point Capital. 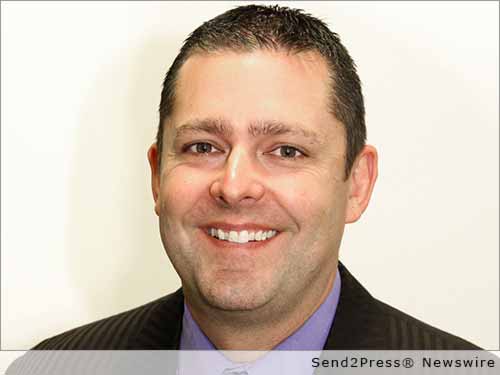 NEWS ARCHIVE NOTE: this archival news content, issued by the news source via Send2Press Newswire, was originally located in the Send2Press® 2004-2015 2.0 news platform and has been permanently converted/moved (and redirected) into our 3.0 platform. Also note the story “reads” counter (bottom of page) does not include any data prior to Oct. 30, 2016. This press release was originally published/issued: Thu, 11 Jun 2015 06:01:53 +0000

View More California Business News
"Brian has been a top producer in the Sacramento Region for many years," said EPIC's Tom McCready. "His beliefs, principles and ability are extremely well aligned with EPIC's core values of service excellence and unwavering client advocacy."