"Having a top professional with DeAnna's character and expertise on our EPIC Fresno team will provide strong benefits and value to our clients and to our operations in the Central Valley," said Brian Quinn, Regional Director, Property and Casualty.

In her new role at EPIC, Slater will be responsible for new business production, the development and management of risk management and insurance programs and client satisfaction and retention.

Slater specializes in working with sophisticated, forward thinking companies who are looking for proactive ways to manage risk and control their insurance costs through both traditional and alternative insurance products and services including; group captives, 831b micro captives and bonding.

Slater works with clients in a range of industries, including construction, manufacturing, transportation and agriculture.

Slater earned a Bachelor’s degree in Business Administration from the University of Washington. Professionally, she has earned designations as both a Certified Insurance Counselor (CIC) and an Associate in Fidelity & Surety Bonds (AFSB).

“Having a top professional with DeAnna’s character and expertise on our EPIC Fresno team will provide strong benefits and value to our clients and to our operations in the Central Valley,” said Brian Quinn, Regional Director, Property & Casualty.

About EPIC:
Headquartered in San Francisco, EPIC Insurance Brokers and Consultants has nationwide presence with a depth of industry expertise across key lines of insurance, including commercial property and casualty, employee benefits, unique specialty program insurance, and private client services. Since its founding in 2007, EPIC has grown revenue from $12 million to an estimated run rate of $200 million through both organic growth and strategic acquisitions, and remains a fixture on the insurance industry’s “Best Places to Work” lists. Its strategic partners include private equity firms The Carlyle Group and Stone Point Capital. To learn more, visit http://www.epicbrokers.com/. 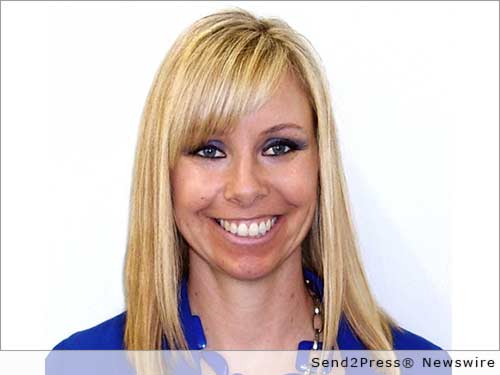 NEWS ARCHIVE NOTE: this archival news content, issued by the news source via Send2Press Newswire, was originally located in the Send2Press® 2004-2015 2.0 news platform and has been permanently converted/moved (and redirected) into our 3.0 platform. Also note the story “reads” counter (bottom of page) does not include any data prior to Oct. 30, 2016. This press release was originally published/issued: Thu, 15 Oct 2015 06:00:32 +0000

View More Business News
"Having a top professional with DeAnna's character and expertise on our EPIC Fresno team will provide strong benefits and value to our clients and to our operations in the Central Valley," said Brian Quinn, Regional Director, Property and Casualty.