Send2Press › Wire › Religion and Churches › For Earth Day, the Church of Scientology Shares the Work of an Ecological Visionary

For Earth Day, the Church of Scientology Shares the Work of an Ecological Visionary

LOS ANGELES, Calif., April 21, 2022 (SEND2PRESS NEWSWIRE) — An episode of Meet a Scientologist on the Scientology Network documents how Peter Vajda is preserving the Earth’s resources by salvaging barren farmland. 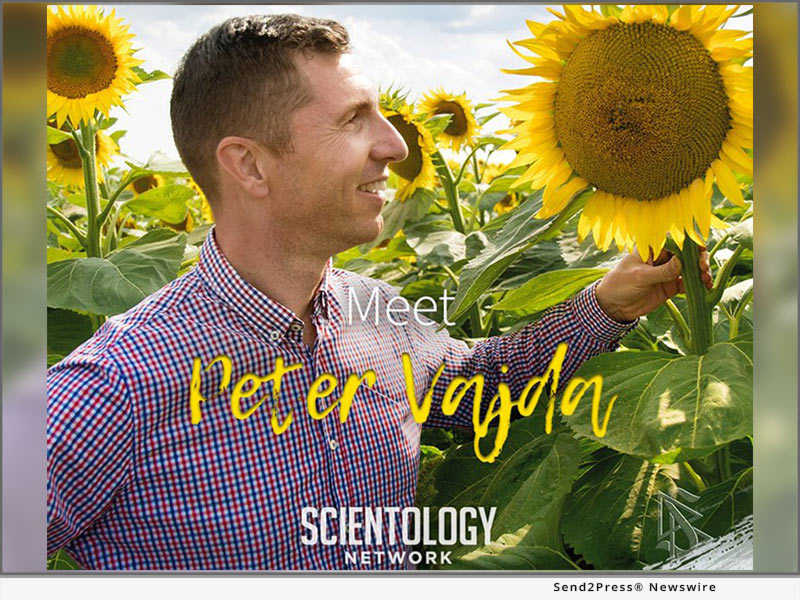 Each year on April 22, Earth Day raises awareness of the importance of safeguarding the environment. This year’s theme is “Invest in Our Planet.” And Scientologist Peter Vajda has devoted his life to doing just that.

“With the population growing and productive farmland decreasing, this is a race to save future generations,” says Vajda in his episode of Meet a Scientologist on the Scientology Network.

Heavy chemical pesticides and synthetic fertilizers are leaving a devastating wake of barren farmlands. But Vajda is reversing this blight with his award-winning, organically based technology. His eco-friendly solution to desertification is gaining international recognition.

“Agriculture is in my veins,” says Vajda. Fond memories of picking apples in his grandfather’s orchard as a child led him to study agricultural engineering in college. But it wasn’t until he graduated that Vajda realized that in 60 years there may very well be no apples — or any viable agriculture. The heavy use of chemicals and pesticides is destroying much of the world’s best farmlands, creating a threat to the future of all forms of life on Earth.

Vajda began working for a company at the forefront of soil rejuvenation and eventually became its chief executive officer. With him at the helm, driving research and development, the company’s transformation of barren farmland brings new hope that the world’s food production can be brought back from the brink of extinction.

Meet a Scientologist is an original series airing on Scientology Network. Episodes provide an in-depth look into the lives of individual Scientologists at the forefront of art, science, fashion, entertainment and technology.

Caption: Scientologist Peter Vajda is investing in the future by salvaging barren farmland.