Grant will assist charity in its autism education and empowerment mission

SAN FRANCISCO, Calif., Aug. 18, 2017 (SEND2PRESS NEWSWIRE) — Geek Club Books, a 501(c)(3) focused on autism education and empowerment, today announced that it has been selected to receive the J.L. Simmons Non-Profit PR Grant for 2017/18. The Grants, launched in 2000 by Neotrope® helps worthy causes raise visibility to media and public for the charity’s good works. 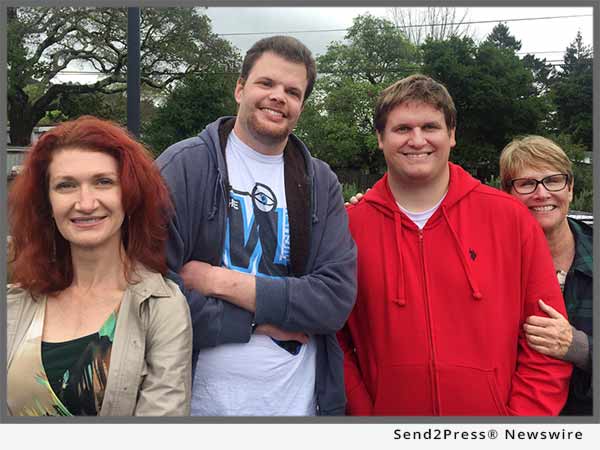 With this commitment, Neotrope again aligns itself with Geek Club Books’ efforts in addressing public awareness and acceptance of those on the autism spectrum, as well as employment opportunities for autistic adults.

As part of this in-kind grant program, Neotrope® is providing news dissemination (through its Send2Press® Newswire service), and social media marketing for Geek Club Books for Autism for 12 months starting in 2017 and running into 2018. This program is intended to help raise awareness of the charity to traditional media, to the public, as well as potential sponsors and donors, regarding their efforts.

“Today one in 68 children are diagnosed with autism in the United States and yet, the general public understands very little about the diagnosis – and what they do know is often shrouded in misperceptions and negative stereotypes,” says Jodi Murphy, founder of Geek Club Books. “With Neotrope’s help, we can better spread awareness, understanding and to dispel myths about individuals with autism.”

“We’re truly honored in providing this service grant to the folks at Geek Club Books,” said Neotrope CEO, Christopher Laird Simmons. “The many programs they offer are noteworthy including their Autism Acceptance Ambassador Initiative, which finds local parents and teachers who want to advocate and educate for positive change.”

About Geek Club Books:
Geek Club Books is a 501(c)(3) autism charity with an autism education and empowerment mission. They produce interactive digital comics, enhanced e-books, curriculum, digital media and webisodes to change perceptions and end stigmas surrounding autism. The nonprofit partners with clinical advisors and educational specialists. A team of autistic adults collaborate and contribute their talents to everything the organization produces.

About the Non-Profit PR Grant:
The Non-Profit PR Grant™ program was originally launched in 2000 to help assist U.S. 501(c)(3) charities and their worthy causes to raise awareness, attract halo sponsors, and better connect with donors and volunteers. Other PR industry firms have since copied the name, but ours is the original.

Starting in 2013, the PR Grant was re-named after the company co-founder, the late Dr. J.L. Simmons, PhD, who passed away in 2003. Now the Neotrope PR Grants program is known as the “J.L. Simmons Non-Profit PR Grant.”

Additional information regarding the Neotrope 2017 J.L. Simmons Non-Profit PR Grant program for U.S. charitable non-profits and grant recipients can be found at: https://prgrants.com/ or on Facebook at https://www.facebook.com/NonProfitPRGrants.

About Neotrope:
Since 1983 Neotrope® has delivered services to raise organization awareness including brand identity, marketing, public relations (PR), and SEO services. Neotrope is also an entertainment publishing company involved in books, music, software, and online magazines. The company pioneered the concept of search optimization of press release content back in 1997 and has been at the forefront of many communication and technology movements for over three decades. Neotrope was an Inc. 5000 company in 2009 and is a member of GS1. More information: https://Neotrope.com.

All deliverables provided under the PR Grant for 2017/18 will be managed and delivered by Neotrope’s Send2Press® Newswire service. Learn more at: https://www.send2press.com/.

View More NonProfit and Charities News
"Today one in 68 children are diagnosed with autism in the United States and yet, the general public understands very little about the diagnosis - and what they do know is often shrouded in misperceptions and negative stereotypes," says Jodi Murphy, founder of Geek Club Books.