Universal FanCon is First Large-Scale Event to Celebrate Diversity and Inclusion of Fans and Fandoms April 27-29, 2018

BALTIMORE, Md., Feb. 1, 2018 (SEND2PRESS NEWSWIRE) — The inaugural Universal FanCon (FanCon) is the first large-scale, 24-hour, inclusive event that celebrates the diversity of fans, the diversity of fandom and the true needs of those who love pop culture. This year’s event will help benefit and promote relevant causes, including Geek Club Books Charity for Autism.

Hosted in Baltimore, Maryland, April 27-29, 2018, FanCon’s mission is to create a sense of belonging by providing authentic connections and experiences through fan-centric parties, programs, panels and partners. As an important part of this mission, FanCon is building accessibility and education into every aspect of the programming to make certain it is a disability- and autism-friendly event.

With its broad range of attendees, celebs, and unique experiences — and its engaging, interactive festival atmosphere — FanCon is the place for everyone who is a fan!

“Universal FanCon is more than just a new Geek convention,” said Co-Founder Robert Butler. “It’s an event where all fans of pop culture are being celebrated, represented and included during every step of the way: through our planning, our attendees, programs, parties, celebrity guests and unique experiences.”

FanCon got its start during a dinner conversation in 2016 between Butler, his partners in the wildly popular The Black Geeks podcast, and Jamie Broadnax, founder of Black Girl Nerds.

“We’re all big geeks and realized, for instance, that people of color have the same complaints as other minority groups and marginalized populations when it came to representation in the celebration of fandoms,” said Butler. “Hispanics, African Americans and Asians make up 38 percent of our population and 49 percent of frequent moviegoers – and they are more likely to see a movie featuring characters to whom they can relate. So, we knew there was a need that we could fill!”

“We wanted to create a safe space that celebrated fandom differently by including the many different faces and voices that truly made up the groups, artists, affiliates, and brands that we all represented, such as women, the LGBTQ community, people with disabilities, autistic community, and people of color,” said Jamie Broadnax.

“The inclusion and accessibility mission of FanCon is why Geek Club Books got involved with this inaugural event,” said Jodi Murphy, President of Geek Club Books, an autism nonprofit. “Autistic representation and inclusion in pop culture, media and the community-at-large is what we’ve been advocating for!”

“The people and fandoms we are representing, the support we are getting from the city of Baltimore and the committed team we’ve been able to build are all testaments to how important and relevant an event such as FanCon is today,” said Butler. “We can’t wait to see everyone in Baltimore, April 27-29!” 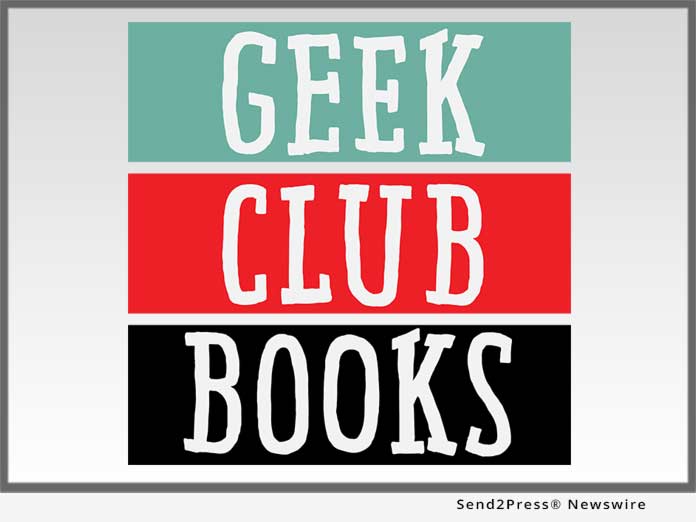 Using storytelling, Geek Club Books nonprofit’s mission is changing perceptions and putting an end to the stigma surrounding autism, replacing fear with wonder. The nonprofit produces interactive children’s comics, curriculum, assemblies, public awareness campaigns, online resources, and educational videos for acceptance in classrooms, on playgrounds and in communities. They mentor and empower autistic individuals to be the storytellers, inspiring empathy, inclusion and acceptance for those who are different. Twitter: https://twitter.com/geekclubbooks.

View More Pop Culture News
"The inclusion and accessibility mission of FanCon is why Geek Club Books got involved with this inaugural event," said Jodi Murphy, President of Geek Club Books, an autism nonprofit. "Autistic representation and inclusion in pop culture, media and the community-at-large is what we've been advocating for!"

LEGAL NOTICE AND TERMS OF USE: The content of the above press release was provided by the “news source” Geek Club Books, Inc. or authorized agency, who is solely responsible for its accuracy. Send2Press® is the originating wire service for this story and content is Copr. © Geek Club Books, Inc. with newswire version Copr. © 2018 Send2Press (a service of Neotrope). All trademarks acknowledged. Information is believed accurate, as provided by news source or authorized agency, however is not guaranteed, and you assume all risk for use of any information found herein/hereupon.