LOS ANGELES, Calif., April 6, 2022 (SEND2PRESS NEWSWIRE) — Seven years ago this month, a 7.8 magnitude earthquake devastated Nepal. A Scientology Volunteer Minister led rescue workers, Scouts and volunteers who arrived from across the world on a mission to save lives. 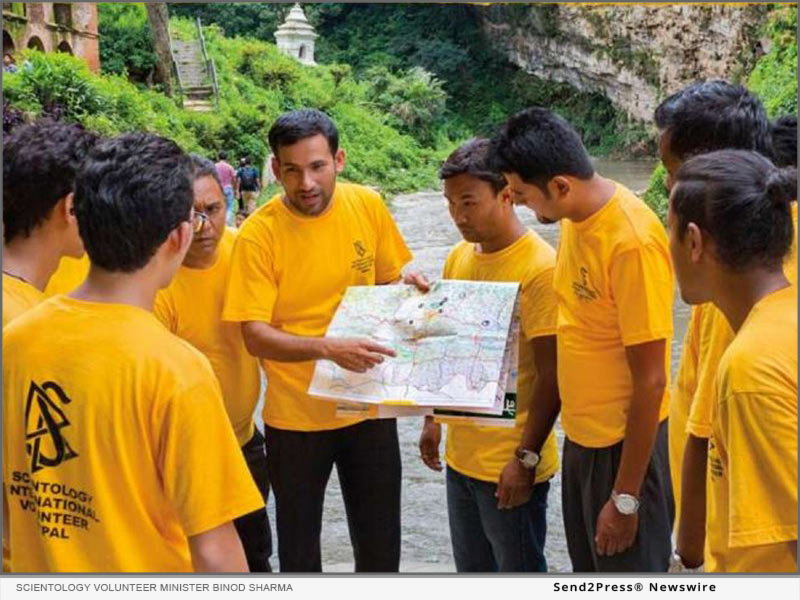 Within 24 hours of the earthquake that rocked Nepal on April 25, 2015, killing some 8,800, Scientology Volunteer Minister Binod Sharma mobilized an emergency response team in Kathmandu. He led his volunteers as they combed through the rubble of his ravaged city for survivors. And he went on to lead an international team of rescue workers and volunteers to help his people. His story is documented in an episode of Voices for Humanity on the Scientology Network.

Sharma acted as interpreter for Los Topos, the famous Mexican search and rescue team, and Colombia’s National Circle of Aid Technicians (CINAT), who were brought to Nepal by Volunteer Ministers international headquarters in Los Angeles. And he coordinated their activities with the work of Volunteer Ministers arriving from India, Pakistan, Sri Lanka, Thailand, and as far away as Australia, Denmark and America.

Among those arriving were EMTs, nurses and doctors, and Sharma’s team helped them provide needed medical care and first aid to those injured by the quake in Kathmandu. And the Volunteer Ministers went with them to remote towns and villages cut off by rubble and the remains of destroyed vehicles that blocked the roads through treacherous mountain passes.

They provided food and temporary shelter and helped rebuild homes and schools.

Sharma led his teams across forgotten villages and districts hit by disaster, ultimately bringing help to 4 million Nepalese. And to bring permanent help, he established a Volunteer Minister headquarters in Kathmandu training more than 150 Volunteer Minister groups across his nation.

In recognition of Sharnma’s humanitarian work, Scientology ecclesiastical leader Mr. David Miscavige presented him with the International Association of Scientologists Freedom Medal in 2017.