Send2Press › Wire › Religion and Churches › In the Fight Against Drugs, Education is the Most Effective Weapon

In the Fight Against Drugs, Education is the Most Effective Weapon 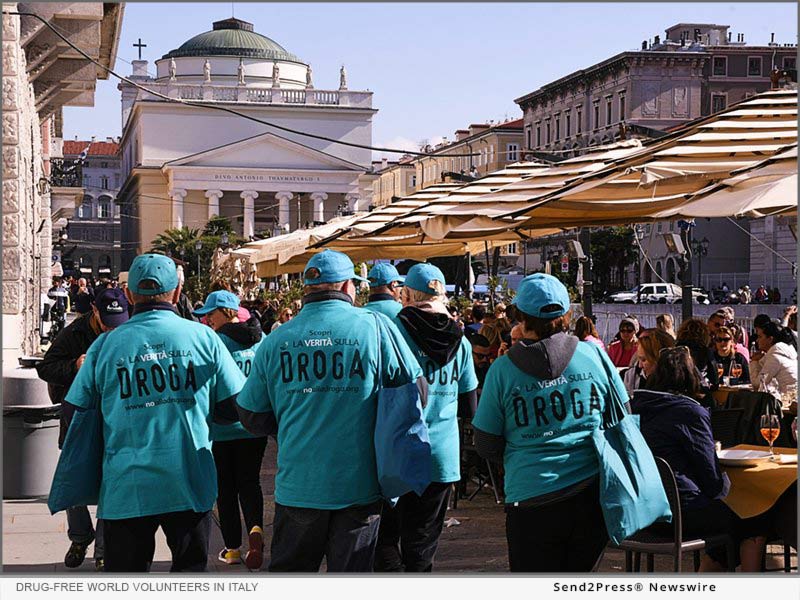 A study published in November 2021 in “The Lancet” found “in the past decade, cannabis use, treatment rates and potency levels have increased in Europe, highlighting major concerns about the public health impact of cannabis use.” (*Citation: see link below.)

Italian volunteers bring the Truth About Drugs materials published by the Foundation for a Drug-Free World to their communities and use Zoom conferences and other online resources to promote the importance of drug education in reversing these trends.

The need for effective drug education and prevention is highlighted by recent developments in the illicit drug market in Europe, largely related to globalization and new technologies, including innovation in drug production and trafficking methods, the emergence of new drug trafficking routes and the growth of online markets. Europe is an important market for drugs, fueled both by domestic production and by illicit imports from other regions.

According to the UN Office on Drugs and Crime, “Prevention strategies based on scientific evidence working with families, schools, and communities can ensure that children and youth, especially the most marginalized and poor, grow and stay healthy and safe into adulthood and old age. For every dollar spent on prevention, at least ten can be saved in future health, social and crime costs.” (*Citation: see link below.)

Learn more about the Truth About Drugs initiative and Foundation for a Drug-Free World on the Scientology Network, where drug prevention advocates creating change with the program are featured in episodes of the original series Voices for Humanity.