"To say we are honored is an understatement," John Cannon, president, said.

SARASOTA, Fla., April 1, 2015 (SEND2PRESS NEWSWIRE) — When John Cannon first started building luxury homes in the Sarasota-Bradenton area, gasoline was 89 cents a gallon, disposable contact lenses had just come onto the market and the “Simpsons” made their television debut. A lot has changed since 1987. But one constant is John Cannon Homes as a finalist in the Sarasota Herald-Tribune’s Reader’s Choice poll for “Best Builder.” And again in 2015, the luxury custom home builder has received top honor.

“To say we are honored is an understatement,” John Cannon, president, said.

As a child living in a small Michigan town, he dreamed of becoming a builder: “I was the kid who built tree forts,” he says. His passion took him to Michigan State University, majoring in building construction; upon relocating to Sarasota, in 1979, he was hired by a national home builder and began honing his craft.

John met Phillipa who became his wife and business partner in the late 80’s and they started building and selling models in the Preserve at Misty Creek and Plantation Golf & Country Club in Venice, Fla. Homes in Turtle Rock at Palmer Ranch followed and stunning Lakewood Ranch homes would appear in 1995.

Accolades from clients and sub-contractors.

John’s personal attention to detail draws homebuyers to him, along with his uncanny ability to “tune in to what they are describing as their ultimate dream home.”

“There were things that we both knew we wanted … and things we liked from each of the models we visited,” Liz said. “We got together with the design team who assured us we could add something from one, something from the other, and together we designed a really custom, family-oriented home.”

From that point on, they worked long distance from California and were thrilled with the outcome.

“We got weekly updates and pictures at every stage of construction,” David said. “John even took a photo of a landscaper, who acted as a stand-in for where a tree would be planted making us excited about the entire process.”

Janice Payne found the model she wanted and was concerned it wouldn’t fit on her waterfront property. She had a lot of oak trees and didn’t want them removed them. John didn’t see an insurmountable problem, and they were able to fit the home onto the lot perfectly.

“That’s when I realized I was going to finally get my dream home – and could afford it, too, Payne said. “It was fun. I didn’t think it was going to be fun. As a single woman I was concerned about doing this on my own, and found I never had to worry about anything. I felt my building superintendent had my back.”

Account Executive Matt Higgins with Raymond Building Supply can attest to John Cannon Homes attention to detail. Matt has worked closely with the John Cannon Homes team for over five years handling materials such as the trusses, windows and interior lumber.

“Home building can be demanding, especially with modifications and updates. But honestly, it’s the relationship and interaction with the folks at John Cannon Homes that makes the difference, and you see it in the quality of the final home.”

Jeff Albrecht, Owner of Albrecht Cabinets of Sarasota, agrees. Albrecht is brought in after the signed contract and the plans are finalized, meeting with the in-house design team and home buyers to create stunning cabinetry that reflects the mood and style of each homeowner.

“By far,” Albrecht says, “John Cannon Homes is my best customer, and I think it’s because we respect the process and understand the final goal is to create something we are all proud of.”

John Cannon has realized his own dream: to build a company that builds dream homes. But you don’t stay on top for over two decades without understanding that extra something a custom home buyer wants or needs.

“We’ve grown and expanded, and yes, we enjoy the accolades for design and superior home building,” but as Cannon states, “it’s also because our customers genuinely appreciate that we listen to them.”

It is that simple quality that explains why he is the area’s premier “Best Builder,” 23 years and counting. 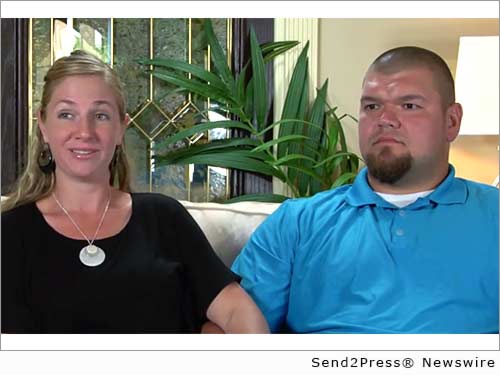 NEWS ARCHIVE NOTE: this archival news content, issued by the news source via Send2Press Newswire, was originally located in the Send2Press® 2004-2015 2.0 news platform and has been permanently converted/moved (and redirected) into our 3.0 platform. Also note the story “reads” counter (bottom of page) does not include any data prior to Oct. 30, 2016. This press release was originally published/issued: Wed, 01 Apr 2015 08:01:01 +0000

View More Awards and Honors News
"To say we are honored is an understatement," John Cannon, president, said.

LEGAL NOTICE AND TERMS OF USE: The content of the above press release was provided by the “news source” John Cannon Homes Inc. or authorized agency, who is solely responsible for its accuracy. Send2Press® is the originating wire service for this story and content is Copr. © John Cannon Homes Inc. with newswire version Copr. © 2015 Send2Press (a service of Neotrope). All trademarks acknowledged. Information is believed accurate, as provided by news source or authorized agency, however is not guaranteed, and you assume all risk for use of any information found herein/hereupon.