"Our award-winning models showcase our attention to architectural details and feature different levels of finish," said John Cannon, President of John Cannon Homes. "All of our models have been exceptionally well-received by visitors and REALTORS, which further validates the judges awards during this year's Parade of Homes."

Three of those awards were in the “Best Overall” category and were awarded to: The Akarra III in The Vineyards at The Lake Club, The Avianna at The Concession, and The Caaren, in The Links at Rosedale.

“Our award-winning models showcase our attention to architectural details and feature different levels of finish,” said John Cannon, President of John Cannon Homes. “All of our models have been exceptionally well-received by visitors and REALTORS, which further validates the judges awards during this year’s Parade of Homes.”

In addition, The Baylee at The Islands at River Wilderness was awarded Best Kitchen and Best Floor Plan and The Kiandra located in Seacroft at Country Club East, was presented the award for Best Kitchen.

Along with his five current models, Cannon will open a new model at MiraBay on Tampa’s South Shore, in late August and is currently constructing two showcase homes West of the Trail in Sarasota.

The award-winning models range in size from 2,800 to 5,000 square feet and showcase 27 years of John Cannon’s Design/Build expertise. With over 300 Parade of Homes Awards, the company has been acknowledged as the “Best Builder” in the area by the readers of the Sarasota Herald-Tribune for the past 23 years. The annual awards event is sponsored by the Manatee-Sarasota Building Industry Association.

Photographs, floor plans and virtual tours can be viewed by visiting http://www.johncannonhomes.com/.

About John Cannon Homes:
With over 25 years’ experience as a custom home builder, having built more than 1,300 luxury homes in over 100 of Southwest Florida’s most prestigious communities, John Cannon Homes is renown for incomparable waterfront designs, attention to detail and extraordinary service. From concept to completion, John reviews the project teams and is personally involved in each project. He is currently serving on the University of South Florida Sarasota- Manatee Business Advisory Board for the school’s business college. He and his wife, Phillipa, reside in Sarasota, Fla. 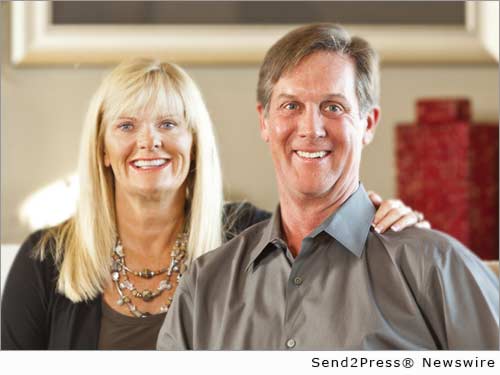 NEWS ARCHIVE NOTE: this archival news content, issued by the news source via Send2Press Newswire, was originally located in the Send2Press® 2004-2015 2.0 news platform and has been permanently converted/moved (and redirected) into our 3.0 platform. Also note the story “reads” counter (bottom of page) does not include any data prior to Oct. 30, 2016. This press release was originally published/issued: Fri, 13 Mar 2015 07:00:01 +0000

View More Awards and Honors News
"Our award-winning models showcase our attention to architectural details and feature different levels of finish," said John Cannon, President of John Cannon Homes. "All of our models have been exceptionally well-received by visitors and REALTORS, which further validates the judges awards during this year's Parade of Homes."

LEGAL NOTICE AND TERMS OF USE: The content of the above press release was provided by the “news source” John Cannon Homes Inc. or authorized agency, who is solely responsible for its accuracy. Send2Press® is the originating wire service for this story and content is Copr. © John Cannon Homes Inc. with newswire version Copr. © 2015 Send2Press (a service of Neotrope). All trademarks acknowledged. Information is believed accurate, as provided by news source or authorized agency, however is not guaranteed, and you assume all risk for use of any information found herein/hereupon.