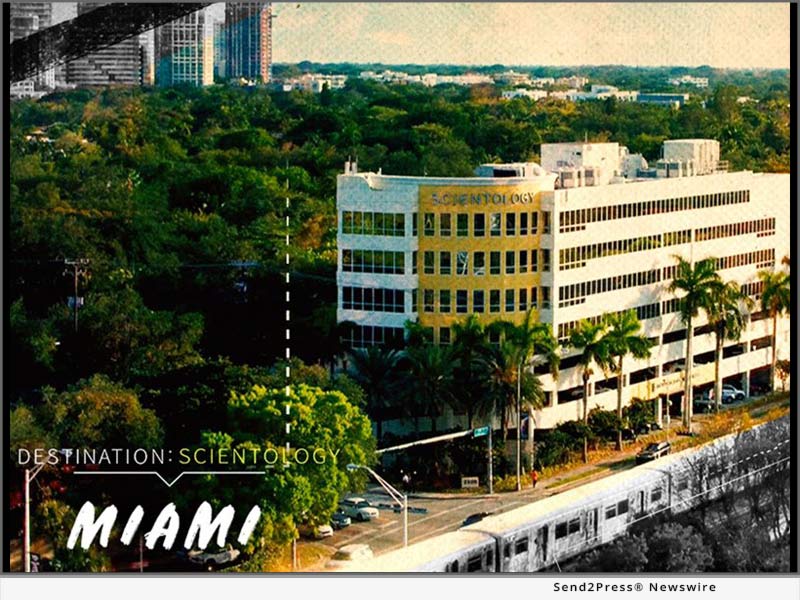 The strong sense of community of Miami Scientologists, and their purpose and drive to bring real help, inspired Mayor Tomás Regalado to describe the Church as “an anchor for the community, alive with volunteerism,” when he welcomed them to their new home in 2017. And this is a reputation they have more than lived up to throughout the past five years.

Miami, Florida, is a tropical paradise unlike any other. At its heart is a melding of Caribbean, Central and South American cultures creating a unique kaleidoscope of Latin sounds, tastes and rhythms. The Church of Scientology is an integral part of this culture and is dedicated to enhancing the lives of the people who call this city home.

The best way to share the eclectic magic of the Church is to come by to find out more. It is located at 2220 South Dixie Highway in Coconut Grove. But if you live far away, an episode of Destination Scientology provides a glimpse behind the scenes.

Viewers see Miami through the eyes of local parishioners and staff, who share what makes Miami so special, including the city’s world-famous beaches, Ocean Drive with its art deco splendor, some of the city’s most popular eateries, and its Latin culture.

The Church of Scientology Miami is an Ideal Scientology Organization, configured to service Scientologists in their ascent to spiritual freedom and serve as a home for the entire community — a meeting ground of cooperative effort to uplift people of all denominations.

The Scientology Network debuted in 2018. Since launching, with a special episode featuring Mr. Miscavige, it has been viewed in 240 countries and territories worldwide in 17 languages.