Join the Magical Holiday Season: It’s all Happening in Clearwater – for the 28th Year

CLEARWATER, Fla., Dec. 15, 2021 (SEND2PRESS NEWSWIRE) – Winter Wonderland has returned to downtown Clearwater, complete with Santa, rides, elves, and best of all, SNOW. The Church of Scientology invites visitors, no matter how far away, to experience the joy of the season on the Scientology Network with an episode on the woman who makes it all possible year after year in “Meet a Scientologist Pam Ryan-Anderson.” 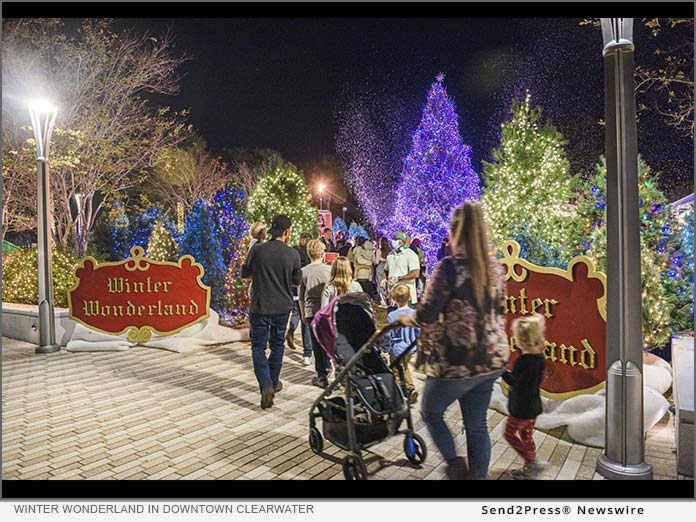 “My favorite part is the snow,” said a 6-year-old visiting Winter Wonderland this year with her mom and her 5-year-old brother. “And Santa. And the Christmas Tree. And everything!”

This is the 28th year that the Church of Scientology and Clearwater Community Volunteers have created this family-friendly festival in downtown Clearwater. And it keeps getting better, from all accounts, thanks to Pam Ryan-Anderson.

Planning for the transformation of a grass-covered park into a magical Christmas village, with 77 decked-out trees, a petting zoo and, of course, Santa and Mrs. Claus, is a year-round volunteer project for Pam. More than 270,000 people have enjoyed the festivities at Winter Wonderland since it first started.

Admission to Winter Wonderland is free but guests are encouraged to bring a new toy or non-perishable food item for families in need. Beyond helping all those thousands of families build lifelong memories, Winter Wonderland holds an annual toy and food drive, which has distributed over 15 tons of donations to people in need. Pam’s volunteer service has been recognized with a President’s Lifetime Achievement Award.

“Meet a Scientologist” is an in-depth look into the lives of individual Scientologists from the frontiers of modern art, science, sports, entertainment and more. It is one of eight original series airing on the Scientology Network.

The network has also been praised for shattering the paradigm of religious broadcasting, ushering in a new era that shows a religion in action, making the world better.