"A core part of the IAA's mission is to promote and preserve the highest standard of fiduciary duty that is the bedrock of the Investment Advisers Act of 1940," Mr. Roberts remarked.

Mr. Roberts discussed the strong growth in the investment adviser industry and the challenges that accompany it, including heightened regulatory and public scrutiny, greater competition and the increased complexity of investment management.

According to Mr. Roberts, regulatory oversight, in particular, is a topic of focus from an array of organizations and agencies, from the SEC and FINRA to banking regulators, the Treasury and the Financial Stability Oversight Council, as well as the Department of Labor, which has recently expanded their definition of fiduciary.

“The demographics of an aging population are engendering an increased focus on retirement issues and the need for advice,” stated Mr. Roberts. He went on to talk about the crucial role that the IAA plays in working with legislators and regulators in representing the investment adviser community, helping to develop appropriately tailored regulation, as well as to uphold fiduciary standards.

“A core part of the IAA’s mission is to promote and preserve the highest standard of fiduciary duty that is the bedrock of the Investment Advisers Act of 1940,” Mr. Roberts remarked.

Mr. Roberts urged attendees to remember that “fiduciary advice is critical for clients and their financial futures.” He closed by reviewing the critical role the IAA plays in advocating for investment advisers and their clients, reminding participants of how important it is to get involved and work together to “strengthen their individual businesses and the overall standing of our profession.”

Mr. Roberts serves as Chair of the IAA’s Board of Governors. 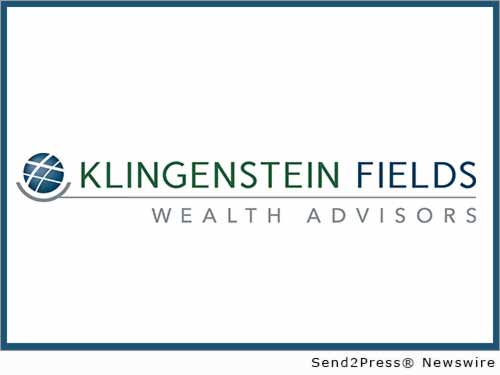 NEWS ARCHIVE NOTE: this archival news content, issued by the news source via Send2Press Newswire, was originally located in the Send2Press® 2004-2015 2.0 news platform and has been permanently converted/moved (and redirected) into our 3.0 platform. Also note the story “reads” counter (bottom of page) does not include any data prior to Oct. 30, 2016. This press release was originally published/issued: Wed, 11 May 2016 16:07:27 +0000

View More Banking News
"A core part of the IAA's mission is to promote and preserve the highest standard of fiduciary duty that is the bedrock of the Investment Advisers Act of 1940," Mr. Roberts remarked.

LEGAL NOTICE AND TERMS OF USE: The content of the above press release was provided by the “news source” Klingenstein Fields Advisors or authorized agency, who is solely responsible for its accuracy. Send2Press® is the originating wire service for this story and content is Copr. © Klingenstein Fields Advisors with newswire version Copr. © 2016 Send2Press (a service of Neotrope). All trademarks acknowledged. Information is believed accurate, as provided by news source or authorized agency, however is not guaranteed, and you assume all risk for use of any information found herein/hereupon.