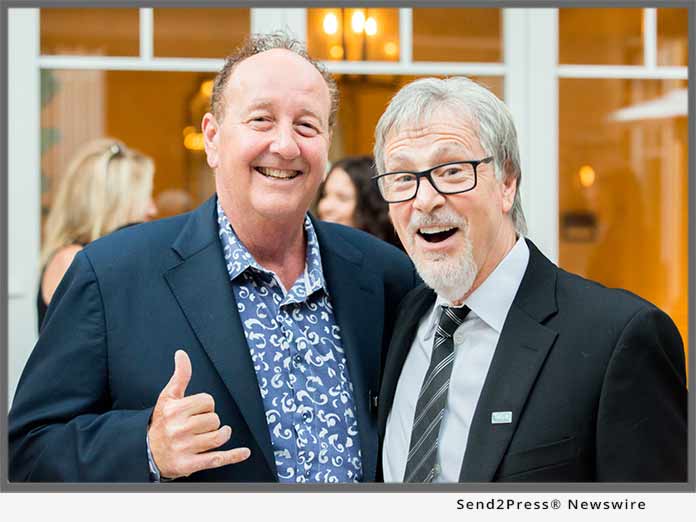 Additionally, Tesla donated a two-day test drive of the Tesla Model X which was coupled with a weekend stay at L’Auberge Del Mar + Spa. Montage Laguna Beach donated a dinner at the Chef’s Table at Studio.

During the evening, The Decorative Arts Society, Orange County honoring Julia Argyros made a gift of $10,000 to merit-based scholarships. More than fifty attendees spontaneously raised their bid cards raising more than $93,000.

“Since 2012, Vans has collaborated every semester with LCAD in an Honors Lab that teaches design students the creative process of footwear design and marketing,” said LCAD President Jonathan Burke. “The LCAD community has benefited greatly from our relationship with Vans, giving our students internship opportunities as well as employing many of our alumni.”

Vans’ generosity has totaled over $45,000 in its history of giving to LCAD. Vans partners with the LCAD’s Graphic Design + Digital Media program to host Vans’ annual Vans Custom Culture design competition by hosting immersive workshops on campus for competition finalists and offering scholarships to the winners contingent upon their acceptance to the College.

LCAD Chairman of the Board of Trustees and Honorary Co-Chair Jared Mathis shared a story about his great grandmother, Nellie Gail Moulton. “On her 90th birthday, rather than accept birthday gifts for herself, this daughter of a store merchant born on the plains of Kansas, gave the gift of education. She committed to paying for the full tuition of twenty-one students,” he said. “She explained to the Los Angeles Times, ‘I’ve traveled the globe and points in between multiple times. I’ve lived a blessed life, but there has always been something missing. You see, I never could go to college.’ She went on to say that while it was a little late for her to start college, she wanted to make sure that others could have the opportunity she never had.”

LCAD Graphic Design and Digital Media senior Alexis Lanz spoke about her gratitude for receiving scholarships in support of her education. She is also currently enrolled in this year’s Vans Honors Lab.

“Going to college is a privilege, and the privilege of attending LCAD was made possible for me and many LCAD students because of the support of each and every one of the generous donors and trustees,” Lanz said. “Now more than ever, the world needs creativity. Your donations are the investment in the future of designers and artists who have the ability to change the world for the better through their creativity. Thank you for your constant support and overwhelming generosity.”

There will be a 28th Annual Collector’s Choice Silent Auction held on Friday, April 20, 2018 at [seven-degrees] in Laguna Beach. For more information about this event, please visit www.lcad.edu.

About Laguna College of Art and Design:
Founded in 1961, Laguna College of Art and Design (LCAD) is one of the top art and design schools in the nation. LCAD offers undergraduate degrees (BFA) in Animation, Creative Writing, Drawing and Painting, Game Art, Graphic Design + Digital Media, Illustration and Illustration in Entertainment Design, as well as Master of Fine Arts degrees (MFA) in Art of Game Design, Creative Writing, Drawing, and Painting. The Dennis and Leslie Power Library at LCAD houses the historic archives of the College and The Rex and Joan Irving Brandt Papers.

View More Education and Schools News
"Since 2012, Vans has collaborated every semester with LCAD in an Honors Lab that teaches design students the creative process of footwear design and marketing," said LCAD President Jonathan Burke

LEGAL NOTICE AND TERMS OF USE: The content of the above press release was provided by the “news source” Laguna College of Art and Design or authorized agency, who is solely responsible for its accuracy. Send2Press® is the originating wire service for this story and content is Copr. © Laguna College of Art and Design with newswire version Copr. © 2017 Send2Press (a service of Neotrope). All trademarks acknowledged. Information is believed accurate, as provided by news source or authorized agency, however is not guaranteed, and you assume all risk for use of any information found herein/hereupon.