"We are thrilled to see Grant's work receive the national attention and accolades it deserves," said LCAD President Jonathan Burke.

LAGUNA BEACH, Calif., Nov. 13, 2015 (SEND2PRESS NEWSWIRE) — Laguna College of Art and Design (LCAD) announced Grant Hier, Chair of Liberal Arts and Art History, has been nominated for the prestigious Pushcart Prize. Hier was nominated as an author and will choose which works he wishes to submit to Pushcart judges for consideration for inclusion in their revered annual anthology.

“It is wonderful just to be nominated and associated with such company,” Hier said.

“I am honored beyond words,” said Hier. “This is a dream come true.”

“We are thrilled to see Grant’s work receive the national attention and accolades it deserves,” said LCAD President Jonathan Burke. “His work reveals an artist’s eye for detail as well as a passion for his community and our shared history. Not only is he dedicated to his writing, but also to his students, who look to him for guidance and inspiration. We are very fortunate that Grant is part of our LCAD family.” Hier has taught at LCAD since 1998.

In February 2015, Hier’s book-length poem, “Untended Garden-Histories and Reinhabitation in Suburbia,” was published by The Poetry Press and awarded the 2014 Prize Americana.

About Laguna College of Art and Design:
Founded in 1961, Laguna College of Art and Design (LCAD) is one of the top art and design schools in the nation. LCAD offers undergraduate degrees (BFA) in Animation, Design + Digital Media, Fine Arts (Drawing and Painting), Game Art and Illustration, as well as Master of Fine Arts degrees (MFA) in Drawing and Painting and Game Development. Named by NIKE as one of the top three design schools in the world, LCAD is closely partnered with industry leaders such as Blizzard Entertainment, Disney Animation, DreamWorks, FOX, Hurley International, NIKE, VANS, Warner Brothers Animation and more.

* Photo Caption: Grant Hier, Chair of Liberal Arts and Art History at Laguna College of Art and Design has been nominated for the Pushcart Prize. 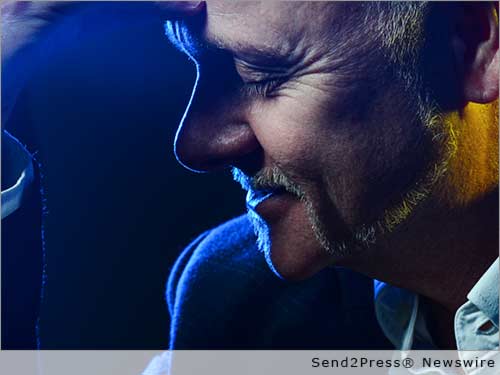 NEWS ARCHIVE NOTE: this archival news content, issued by the news source via Send2Press Newswire, was originally located in the Send2Press® 2004-2015 2.0 news platform and has been permanently converted/moved (and redirected) into our 3.0 platform. Also note the story “reads” counter (bottom of page) does not include any data prior to Oct. 30, 2016. This press release was originally published/issued: Fri, 13 Nov 2015 17:14:31 +0000

LEGAL NOTICE AND TERMS OF USE: The content of the above press release was provided by the “news source” Laguna College of Art and Design or authorized agency, who is solely responsible for its accuracy. Send2Press® is the originating wire service for this story and content is Copr. © Laguna College of Art and Design with newswire version Copr. © 2015 Send2Press (a service of Neotrope). All trademarks acknowledged. Information is believed accurate, as provided by news source or authorized agency, however is not guaranteed, and you assume all risk for use of any information found herein/hereupon.