Send2Press › Wire › General Editorial › Lightning, Tragedy and Lessons Learned about Safety and Awareness: A Look Back at One of Lightning’s Deadliest Strikes

Lightning, Tragedy and Lessons Learned about Safety and Awareness: A Look Back at One of Lightning’s Deadliest Strikes

CUMBERLAND, Maine, July 29, 2021 (SEND2PRESS NEWSWIRE) — This Sunday marks the 70th anniversary of one of the deadliest lightning strikes in the U.S. and the National Lightning Safety Council is recalling the tragic event to spotlight the dangers of lightning, a common, yet underrated weather peril. 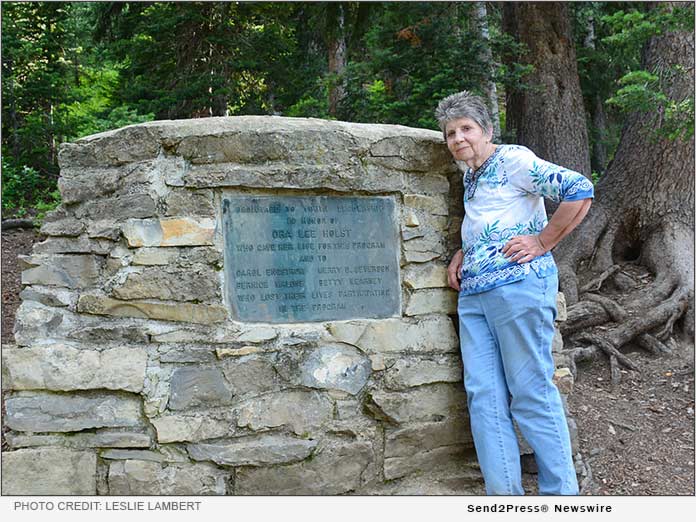 PHOTO CAPTION: A month after the lightning tragedy at Wind Cave, residents from a nearby county erected a plaque and monument to honor the hiking leader and girls killed on August 1, 1951. “Unfortunately, the plaque doesn’t tell the story behind the monument,” explained survivor, Karma Lambert. She hopes that Kelly Loosli’s upcoming documentary will honor the memory of the five people who died and the loss from that tragic day. Photo credit: Leslie Lambert.

Lives were shattered in an instant on August 1, 1951 when lightning struck a tree at Wind Cave, Wyoming, killing four girl hikers and their leader and injuring nine others. The hikers were on a trek from a girls’ camp in Darby Canyon to Wind Cave, Ice Cave, and back.

“Fortunately, most people are more aware of lightning’s dangers now than they were in 1951,” said John Jensenius, a lightning safety specialist with the National Lightning Safety Council (NLSC).

According to Jensenius, the Center for Disease Control logged 248 U.S. lightning deaths in 1951, which is one more than the combined total of 247 deaths the NLSC has documented for the past 10 years.

Karma Lambert, one of the most seriously injured survivors, vividly remembers events up until the time when lightning struck the tall tree that she and several others were sitting under. Lambert, now 84, attributes her survival to the quick actions of hiking guide, Fred Miller, and several older girls who repeatedly administered “artificial respiration.”

Lambert’s detailed account of the incident and her 2015 return to the site is featured on her daughter’s website: https://watercolor365.com/my-mother-a-lightning-survivor-honors-victims/.

Now, 70 years after the event, Kelly Loosli, a professor of Animation and Film at Brigham Young University is interviewing survivors of the Wind Cave lightning incident for a documentary he’s preparing. Loosli is the grandson of the then Teton County Sheriff Dwight Loosli, who organized men and horses to rescue the injured and transport the dead in the ensuing hours after the lightning strike.

“My interest stems from my grandfather’s involvement in the rescue and the heroism of all those involved,” said Loosli. “This was a terrible tragedy and I don’t want to see anything like this ever happen again.”

Lambert has advice for anyone headed out on a hike, “Check the forecast and if thunderstorms are predicted, just don’t go.”

Jensenius wants people to know what happened that tragic day in 1951 to stress the importance of monitoring weather conditions to limit the lightning threat.

“Consider canceling or postponing activities if thunderstorms are predicted and remember, when thunder roars, go indoors,” advises Jensenius. “Lightning safety is a minor inconvenience that just might save your life.”

View More General Editorial News
"Consider canceling or postponing activities if thunderstorms are predicted and remember, when thunder roars, go indoors," advises Jensenius. "Lightning safety is a minor inconvenience that just might save your life."

LEGAL NOTICE AND TERMS OF USE: The content of the above press release was provided by the “news source” National Lightning Safety Council or authorized agency, who is solely responsible for its accuracy. Send2Press® is the originating wire service for this story and content is Copr. © National Lightning Safety Council with newswire version Copr. © 2021 Send2Press (a service of Neotrope). All trademarks acknowledged. Information is believed accurate, as provided by news source or authorized agency, however is not guaranteed, and you assume all risk for use of any information found herein/hereupon.