CUMBERLAND, Maine, Feb. 11, 2022 (SEND2PRESS NEWSWIRE) — A commercial expected to air during Sunday’s Super Bowl has caught the attention of the National Lightning Safety Council (NLSC).  The ad will feature a lightning strike survivor’s apparent phobia of electricity which developed after being injured while riding a motorcycle.  While the humorous commercial was created for other purposes, it also provides an opportunity for the NLSC to dispel a common lightning myth and to highlight the potential long-term health effects for lightning strike survivors. 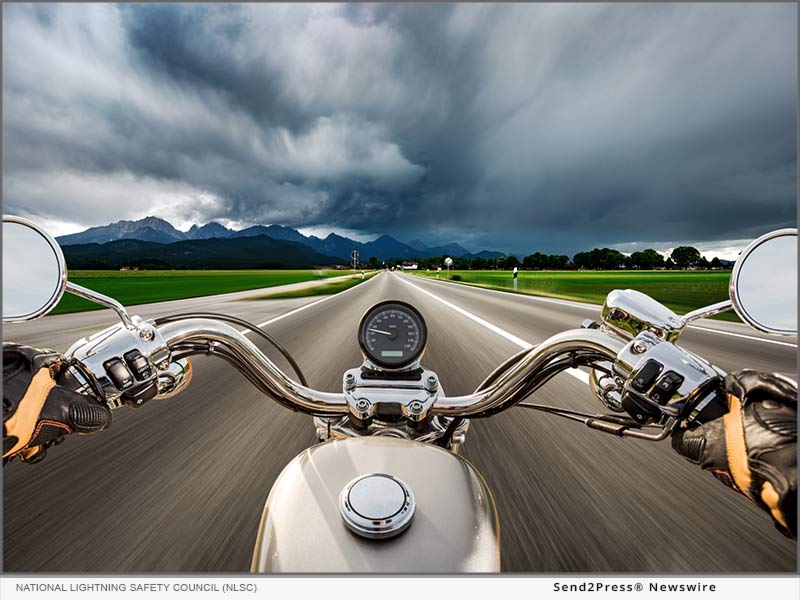 PHOTO CAPTION: A commercial expected to air during Sunday’s Super Bowl is providing an opportunity for the National Lightning Safety Council to dispel a common myth about rubber tires and highlight the potential long-term effects for lightning strike survivors, including those who have been injured while riding motorcycles.

According to news reports, Seth Thomas (the victim depicted in the Super Bowl ad) and his father were injured by lightning while on a motorcycle trip in 2012.

“Many people still believe the myth that rubber tires protect you from lightning, but they do not,” said John Jensenius, a lightning safety specialist with the NLSC. “It’s very dangerous to be riding a motorcycle or to be involved in any other outdoor activity during a thunderstorm.”

Data collected by the NLSC, cites 12 people in the U.S. as being struck and killed by lightning while motorcycling from 2006 to 2021.

“Many survivors suffer brain injury, post-traumatic stress disorder, and chronic pain syndromes from the nerve injuries that lightning commonly causes,” said Dr. Cooper. “The fear of electricity that this Super Bowl advertisement humorously portrays is not uncommon with lightning and electrical injury survivors,” she explained.

The NLSC hopes the Super Bowl prime airing of the commercial will prompt conversations and spark awareness about the dangers of lightning to prevent more deaths and injuries.

“Not all lightning survivors will find this commercial funny, but sometimes humor gets the word out to certain audiences better than serious warnings,” added Dr. Cooper.

The NLSC urges lightning strike survivors and families coping with the often misunderstood medical effects of these injuries to contact the Lightning Strike & Electric Shock Survivors International, a non-profit support group founded in 1989.

Visit the http://www.lightningsafetycouncil.org/ for shareable information, resources and safety tips.

Inquiries about specific lightning concerns can also be addressed to Council members via contacts here: http://www.lightningsafetycouncil.com/LSC-About.html.

LEGAL NOTICE AND TERMS OF USE: The content of the above press release was provided by the “news source” National Lightning Safety Council or authorized agency, who is solely responsible for its accuracy. Send2Press® is the originating wire service for this story and content is Copr. © National Lightning Safety Council with newswire version Copr. © 2022 Send2Press (a service of Neotrope). All trademarks acknowledged. Information is believed accurate, as provided by news source or authorized agency, however is not guaranteed, and you assume all risk for use of any information found herein/hereupon.