Through specialized headgear, viewers can interact with the larger-than-life Olympian. The First Virtual Reality Monument features Michael Phelps, clad in speedos and USA-emboldened-swim cap, standing steadfastly akimbo with feet planted shoulder-width on an Olympic-style podium. His chin is up with a determined gaze reminiscent of recent Phelps memes. His son Boomer, supported by a child harness across Dad’s chest in place of a gold medal, holds open arms as if sweetly welcoming his auspicious future.

Boomer Phelps, the cute three-month-old “mascot” of the Rio games, was present as his father won six medals. “I don’t recall the emergence of such an adorable breakout star as baby Boomer at the Olympics before,” added Edwards. “All of the pics on Boomer’s Instagram page provided plenty of inspiration for his portrait.” 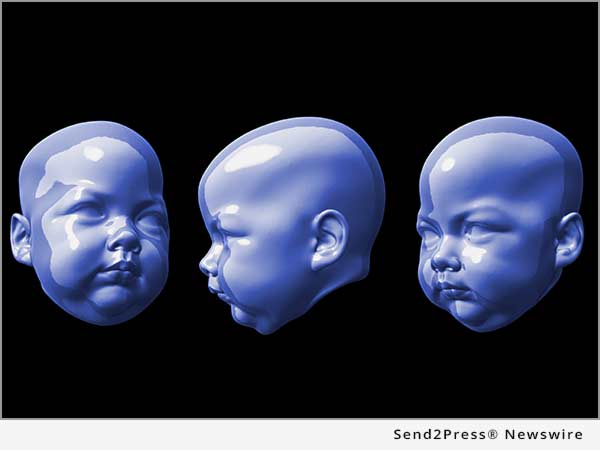 Daniel Edwards has been sculpting Olympic Gold Medalists for over 20 years. Coca-Cola, BMW, and United Way sponsored his Olympic portrait exhibit that followed the torch relay to selected cities and exhibited in the Olympic Village in Atlanta in 1996. His portraits are in the permanent collections of the National Art Museum of Sport and New York Athletic Club. 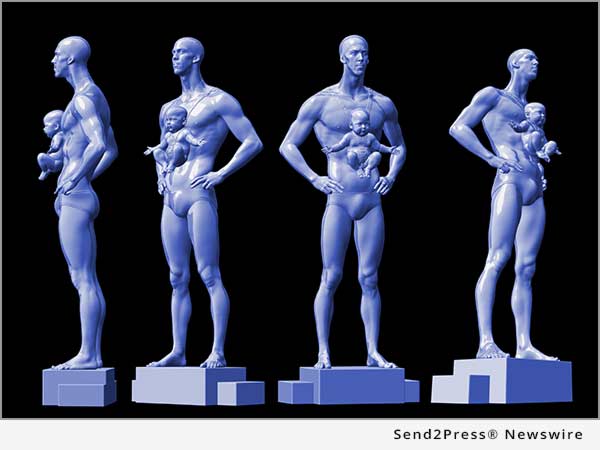 The “First Virtual Reality Monument” will open to the public at Irv Art at 206 South Audubon Road in Indianapolis in November. For more information contact Cory Allen at 323-393-3115 or visit http://www.cacanet.com/.

LEGAL NOTICE AND TERMS OF USE: The content of the above press release was provided by the “news source” Daniel Edwards or authorized agency, who is solely responsible for its accuracy. Send2Press® is the originating wire service for this story and content is Copr. © Daniel Edwards with newswire version Copr. © 2016 Send2Press (a service of Neotrope). All trademarks acknowledged. Information is believed accurate, as provided by news source or authorized agency, however is not guaranteed, and you assume all risk for use of any information found herein/hereupon.