"I am so excited to return to 'Forever Plaid' after a many year absence and to be able to play the fourth 'Plaid' after having the opportunity to portray the other three in previous productions," says Jonas Sills, co-producer, and musical director, as well as Frankie.

LONG BEACH, Calif., March 30, 2015 (SEND2PRESS NEWSWIRE) — Art-In-Relation, in conjunction with the Long Beach Scottish Rite, will present “Forever Plaid” the musical, about a 1950’s quartet of high-school chums who return from the afterlife for one final chance at musical glory.

“Forever Plaid” is a stroll down memory lane with the beautiful harmonies of the 1950s and 60s. Featuring pop classics and clever patter that will have you rolling in the aisles — when you’re not humming along with the great hits of that era.

The endearing story is as follows: “On a stormy night in the 1960s, four eager singers known as ‘The Plaids’ — Sparky, Jinx, Frankie, and Smudge — are killed in a car crash on the way to their first big gig. In 2015, they get one chance to return from the afterlife and bop-shoo-bop their way through classic hits like ‘Love is a Many Splendored Thing,’ ‘Three Coins in the Fountain,’ ‘Sixteen Tons,’ and many more. You’ll delight in their zany, boyish squabbles and charmingly outlandish choreography as they pay an affectionate homage to the close-harmony male singing groups of the 1950s, and fulfill their dreams by performing the show that never was.”

Written and conceived by Stuart Ross, this show is very dear to “Art In Relation” as each member of their production team has had the opportunity to be involved in previous productions, and see this version as an opportunity to give it their special twist. It is particularly exciting to be able to perform it in this space.

“Being that the Ernest Borgnine theater is part of the Scottish Rite Cathedral gives this production extra poignancy,” says Ray Buffer, co-producer and playing Smudge. “Considering the group is named The Plaids, and incorporates songs that more than suggest Scottish heritage is a fun twist — it was a natural fit.”

“I am so excited to return to ‘Forever Plaid’ after a many year absence and to be able to play the fourth ‘Plaid’ after having the opportunity to portray the other three in previous productions,” remarks Jonas Sills, co-producer, and musical director, as well as Frankie.

He adds, “Frankie is the musical and spiritual leader of ‘The Plaids’ and I am so excited to have progressed through the various characters in parallel to my own life growth. Part of the mission of Art-In-Relation is to encourage growth in its members and audiences alike.”

This show is directed and choreographed by the talented Marie Madera Gleerup who brings several productions to her resume, but is thrilled to remount it with this unique team.

“‘Forever Plaid’ is close to my ‘heart and soul’ because there is so much more story to this musical review to tell than the typical jukebox musical, and I am thrilled to bring it to this beautiful Long Beach space,” says Gleerup. 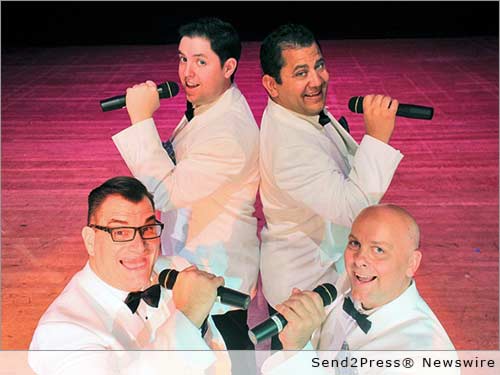 The Ernest Borgnine Theatre (a beautiful and classic mid-1920’s auditorium inside the Long Beach Scottish Rite) at 855 Elm Avenue, Long Beach, CA 90813. There is plenty of free parking and the theatre is easily accessible from both the 710/405 and 22 Freeways and is also a short walk from the Blue Line Metro Station.

About “Forever Plaid”:
“Forever Plaid” is an off-Broadway musical revue written by Stuart Ross in New York in 1990 and now performed internationally. The show is a revue of the close-harmony “guy groups” (e.g. The Four Aces, The Four Freshmen) that reached the height of their popularity during the 1950s. Personifying the clean-cut genre are the Plaids. This quartets’ dreams of recording an album ended in death in a collision with a bus filled with Catholic schoolgirls on their way to see the Beatles’ American debut on The Ed Sullivan Show. The play begins with the Plaids returning from the afterlife for one final chance at musical glory.

The songs they sing during the course of the musical include: “Three Coins in the Fountain”; “Undecided”; “Gotta Be This or That”; “Moments to Remember”; “Crazy ‘Bout Ya, Baby”; “No, Not Much”; “Sixteen Tons”; “Chain Gang”; “Perfidia”; “Cry”; “Heart and Soul”; “Lady of Spain”; “Scotland the Brave”; “Shangri-La”; “Rags to Riches”; and “Love is a Many-Splendored Thing.”

Performances are made possible through a licensing agreement with Musical Theatre International.

About Art-In-Relation:
Art-In-Relation (AIR) is a new arts organization based in Long Beach, Calif. Its focus is on providing a service to the community by bringing a mixture of the familiar with new and emerging works of musical theater, drama, and even visual and healing arts, performed by a “collaborative” combination of professionals as well as new and emerging talent. More information: http://www.artinrelation.com or https://www.facebook.com/artinrelation. 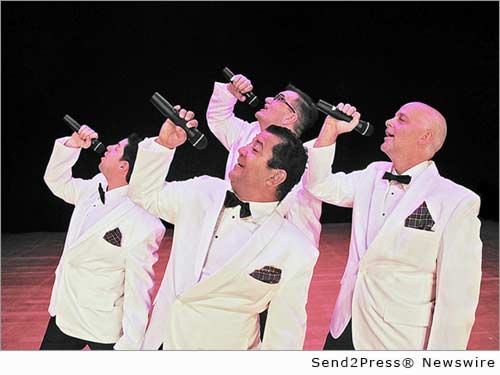 NEWS ARCHIVE NOTE: this archival news content, issued by the news source via Send2Press Newswire, was originally located in the Send2Press® 2004-2015 2.0 news platform and has been permanently converted/moved (and redirected) into our 3.0 platform. Also note the story “reads” counter (bottom of page) does not include any data prior to Oct. 30, 2016. This press release was originally published/issued: Mon, 30 Mar 2015 20:25:16 +0000

View More California Business News
"I am so excited to return to 'Forever Plaid' after a many year absence and to be able to play the fourth 'Plaid' after having the opportunity to portray the other three in previous productions," says Jonas Sills, co-producer, and musical director, as well as Frankie.