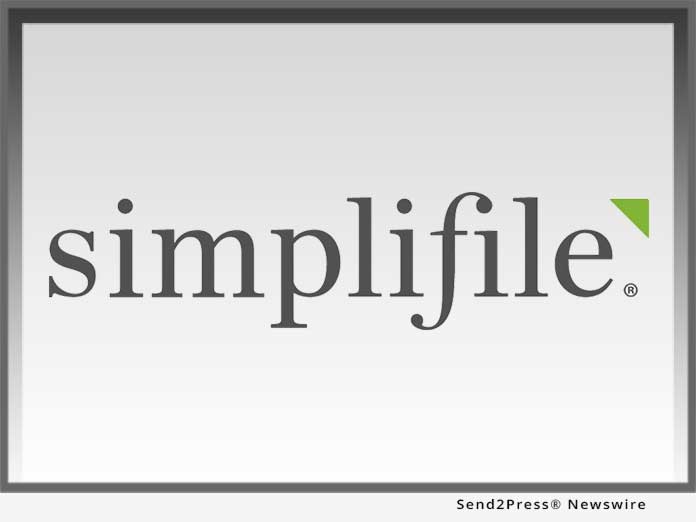 With this addition, Nevada has become the ninth state in the Simplifile network to implement e-recording statewide.

“Simplifile welcomes Nevada to the growing roster of states that have embraced e-recording throughout all of their recording jurisdictions,” said Simplifile President Paul Clifford. “While e-recording is available in most major metropolitan areas, jurisdictions of all sizes can benefit tremendously from the efficiency and cost-savings e-recording provides. We commend Nevada’s commitment to improving document recording services through technology and hope this can serve as an example to jurisdictions throughout the nation.”

Simplifile, the nation’s largest e-recording network, was founded in 2000 to connect settlement agents and county recorders via its e-recording service. Today Simplifile has broadened its services to include collaboration tools and post-closing visibility for mortgage lenders and settlement agents working together on real estate documents. Through Simplifile, users can securely record, share and track documents, data and fees with ease.

View More Mortgage News
"Simplifile welcomes Nevada to the growing roster of states that have embraced e-recording throughout all of their recording jurisdictions," said Simplifile President Paul Clifford.

LEGAL NOTICE AND TERMS OF USE: The content of the above press release was provided by the “news source” Simplifile or authorized agency, who is solely responsible for its accuracy. Send2Press® is the originating wire service for this story and content is Copr. © Simplifile with newswire version Copr. © 2019 Send2Press (a service of Neotrope). All trademarks acknowledged. Information is believed accurate, as provided by news source or authorized agency, however is not guaranteed, and you assume all risk for use of any information found herein/hereupon.