"There is a lot of misinformation out there, and up until now, study of the economic impact of these policy changes has been scarce," Economist Kevin Duncan said. "There is a reason why prevailing wage policies have long been embraced by leaders in both political parties."

The report, entitled “How Weakening Wisconsin’s Prevailing Wage Policy Would Affect Public Construction Costs and Economic Activity,” is the latest in a series of studies completed by Duncan and Lantsberg that model the effect of prevailing wage policy changes on the economies and construction industries of states where such changes are under consideration.

Wisconsin’s proposed prevailing wage repeal, AB 32, passed out of the Assembly Labor Committee last week, and Governor Scott Walker – who is also widely expected to formally launch a bid for the Presidency in 2016 – has said he will sign the measure.

“There is a lot of misinformation out there, and up until now, study of the economic impact of these policy changes has been scarce,” Duncan said. “There is a reason why prevailing wage policies have long been embraced by leaders in both political parties-including Wisconsin Rep. Paul Ryan and neighboring GOP Governor Rick Snyder-and our goal is to ensure that policy makers have the facts they need to cut through the overheated political rhetoric and make informed decisions.”

The study uses data from the Economic Census of Construction and industry standard IMPLAN software to compare and model spending shifts in public construction that occur in prevailing wage and non-prevailing wage states. Factors include the economic ripple effect that wages have on spending, job creation, and tax revenue; industry responses to wage rates in terms of workforce productivity and worksite efficiency; and rates of in-state vs. out-of-state contracting on public works.

“The data clearly shows that repealing prevailing wage in Wisconsin will have no effect on project costs – but it will eliminate thousands of jobs across all economic sectors, suppress economic output, necessitate millions in cuts to other public services, lead to reduced productivity and efficiency at the job site, and export hundreds of millions of construction dollars out of state,” said Lantsberg. “Repeal is not sound economic policy, and the only taxpayers AB 32 will benefit are those who live in states other than Wisconsin.”

In their research, Lantsberg and Duncan devote an entire section to debunking the myth of cost savings by repeal proponents, noting that lower wage standards will deprive Wisconsin of favorable industry responses from prevailing wage standards. In Wisconsin’s case, this includes a 7 percent increase in worksite productivity and 2 percent reduction in materials and fuels usage rates that come from employing higher skilled, local workers.

“These factors would, by themselves, more than exhaust any savings realized from imposing lower wages – especially since labor (wages and benefits) comprise less than 20 percent of the total cost of any public construction project,” Duncan added. “Ultimately, over ten years, this measure will not save money, but it will reduce real income to Wisconsin families by $5.1 billion, shrink Wisconsin’s economy by another $12 billion, and degrade the quality of construction on highways, schools, hospitals, and other public works. The facts are clear-repeal of prevailing wage in Wisconsin is just bad policy.”

Kevin Duncan, Ph.D. is a nationally recognized economist specializing in labor and regional economics. Dr. Duncan works as a Professor of Economics in the Hasan School of Business at Colorado State University – Pueblo and Senior Economist at BCD Economics, LLC.

Alex Lantsberg is a researcher with Smart Cities Prevail specializing in economics, land use, and urban planning. Mr. Lantsberg holds a Master’s Degree in City Planning from the University of California, Berkeley and an undergraduate degree in finance from Northern Illinois University.

Smart Cities Prevail is a leading construction industry research and educational organization, specializing in studying the costs and benefits of prevailing wage policies. Learn more at http://www.smartcitiesprevail.org/ or on Facebook at https://www.facebook.com/smartcitiesprevail. 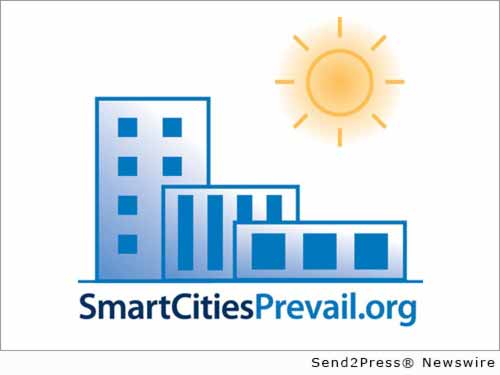 NEWS ARCHIVE NOTE: this archival news content, issued by the news source via Send2Press Newswire, was originally located in the Send2Press® 2004-2015 2.0 news platform and has been permanently converted/moved (and redirected) into our 3.0 platform. Also note the story “reads” counter (bottom of page) does not include any data prior to Oct. 30, 2016. This press release was originally published/issued: Tue, 02 Jun 2015 08:00:00 +0000

View More Ballots Bills and Laws News
"There is a lot of misinformation out there, and up until now, study of the economic impact of these policy changes has been scarce," Economist Kevin Duncan said. "There is a reason why prevailing wage policies have long been embraced by leaders in both political parties."

LEGAL NOTICE AND TERMS OF USE: The content of the above press release was provided by the “news source” Smart Cities Prevail or authorized agency, who is solely responsible for its accuracy. Send2Press® is the originating wire service for this story and content is Copr. © Smart Cities Prevail with newswire version Copr. © 2015 Send2Press (a service of Neotrope). All trademarks acknowledged. Information is believed accurate, as provided by news source or authorized agency, however is not guaranteed, and you assume all risk for use of any information found herein/hereupon.